Christianity Its Founder, Its Foundation And Its Future 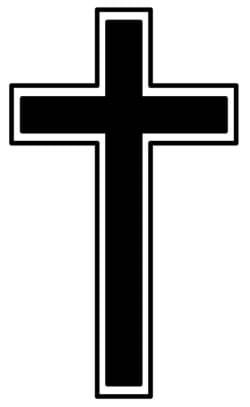 Christianity Its Founder, Its Foundation And Its Future Website
The Jesus movement was the community of those attracted to Jesus. Born near the Sea of Galilee, Jesus was a Jewish healer, teacher and prophet. He went about doing good, healing the sick and paying special attention to the poor, the despised and the outcast. Jesus' teaching of the Kingdom of heaven was especially good news for all whose life was full of bad news. Jesus called on his fellow Jews to recover their loyalty to the legal and prophetic traditions of their culture and faith. Gentiles, drawn from cultures other than Jewish, were also attracted to him. Jesus was attacked by temple leaders of his own day. They were affronted by his preferences for the outcast and despised of their society. Did Jesus not know, they asked, that these reject people were religiously "unclean"? Popular amongst the weak, Jesus was suspected by the powerful: the temple officials and the Roman occupying authorities in Palestine and Jerusalem. He had a large following. He promised them good things. He raised their hopes. He was critical of the religio-political authorities. All this worried the critics of Jesus. What if Jesus' followers were to rise up against their ultimate imperial rulers? Pilate, Roman Governor in Jerusalem, eventually sentenced Jesus to death by crucifixion. Jesus' followers were overwhelmed by this turn of events. They had hoped for so much. Now there was nothing but death - for Jesus and perhaps for themselves as his followers. They were alone in a hostile world. They huddled themselves away in locked rooms. But as they prayed to God and talked amongst themselves, remembering what Jesus had said and done, news arrived that Jesus was not after all dead. Their hopes soared. Many sightings of Jesus were experienced. The community became stronger than they had ever been, despite the danger associated with being followers of the Christ, the "anointed one of God", the Messiah. The "Good News", the "gospel" of the Christians spread through the Mediterranean. Converts both Jewish and Gentile joined the movement. 300 years after Jesus, Christianity became the official religion of the Roman Empire. Its teachings and practices were adapted to its new imperial status and role. But it revered the unchanged Jewish sacred scriptures, the "first" testament along with those composed in the earliest periods of Christianity, their "new" testament. 1500 years after Jesus, Christianity was the semi -official religion of Western imperial colonizing powers, heirs to a crumbled Roman Empire. Christianity, a religion of Jewish peasants, became now a religion of European princes. 2000 years after Jesus, as colonization ended, Christianity has had to accept a more humble status. Today the Christians have had to accept that their own Faith is one amongst several world religions in a globalizing world. They have had - appropriately - to recover their humble basics, especially their own scriptures. That process has scarcely yet begun. [i]This Article Originated from Religious Founders Day (Theme: Establishing Peace Through Religions) symposium organised and hosted by the Ahmadiyya Muslim Jamaat in New Zealand on the 13th of November 2010[/i]