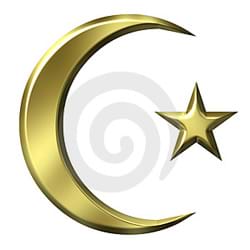 Introduction To Islam Website
Islam is the last of the world's great religions and contains in itself the essential principles of all earlier religions. Islam is strongly monotheistic religion with worship of One God as its central theme. Islam was founded by the Prophet Mohammed (Peace and blessings of Allah be upon him) some 1500 years ago and it established the continuity of God's revelation which had descended upon earlier prophets such as Abrahimas, Mosesas, David as and Jesus[sup]as[/sup]. Islam in fact requires its followers to believe in all earlier prophets and Scriptures. According to Islam all the great religions that preceded it were revealed by God to His chosen messengers. The word Islam is an Arabic word meaning peace and obedience. The religion is called Islam because it offers peace and requires complete submission to the Will of God. It provides a complete code of life. Its teachings explain in detail how to coordinate beneficently all the human faculties and the bounties provided by Allah, our Creator. According to the Holy Qur'an, there is only one religion acceptable to God and that is complete submission to His Will. In the broader sense, Islam was also the religion of the earlier prophets like Abrahim[sup]as[/sup], Moses[sup]as[/sup], David[sup]as[/sup] and Jesus[sup]as[/sup], because they all also submitted themselves to the will and obedience of God. This element of universality is unique to Islam and goes beyond the traditional barriers set up between religions. Islam not only endorses the bona fide status of all earlier prophets and revealed books, but also of any future prophets that may come. In fact the scriptures of all major world religions have foretold of the coming of a Prophet in the latter days. Therefore Islam is not a religion of an ethnic group or nation, but is the universal religion for all of mankind. [b]Sacred Books[/b] The Holy Qur'an [b]Essential Beliefs of Islam[/b] There are six articles of Faith or Eaman which is the acceptance of beliefs which constitute the Islamic Faith. These are: 1. Belief in Allah ( One God) 2. Belief in the Angels 3. Belief in the revealed Books 4. Belief in the Prophets 5. Belief in the Day of Judgment 6. Belief on the Decree of God [b]Acts of Worship[/b] The five fundamental acts of worship i.e. means by which the faith is practiced are: 1. Declaration of Faith 2. Observance of Prayer 3. Paying of Zakat 4. Fasting in the month of Ramadan 5. Pilgrimage to Mecca [b]Codes of Conduct and Purpose of Life[/b] The social and moral codes which relate to a Muslim's conduct with his fellow human beings are also required to be followed. These are based on the teachings of the Quran and the Traditions of the Prophet Mohammed (Peace and Blessings of Allah be upon him). [b]Distinctive Features of Islam[/b] Islam is a universal religion Islam advocates the Truth of all the prophets and their Books Islam is an eternal Religion - its message is complete and guaranteed to be preserved The Qur'an is guaranteed to be safeguarded by the Almighty Allah Islam combines all the Truth in a New Perspective Islam is a complete code of conduct and a Perfect Model for all. [i]This Article Originated from Religious Founders Day (Theme: Establishing Peace Through Religions) symposium organised and hosted by the Ahmadiyya Muslim Jamaat in New Zealand on the 13th of November 2010[/i]