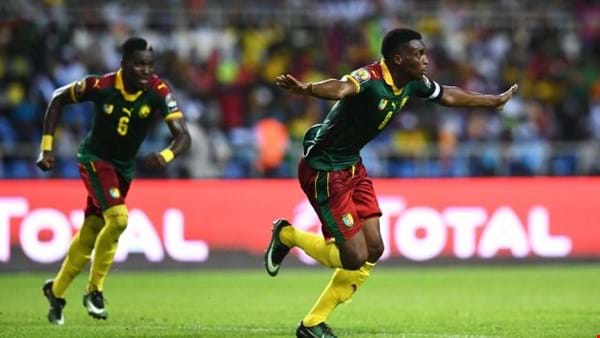 Issoufou Dayo's late equaliser rescued a 1-1 draw for Burkina Faso as Cameroon were made to pay for their profligacy in their Africa Cup of Nations Group A opener.

The Indomitable Lions looked to be on course for victory when Benjamin Moukandjo fired home a fine first-half free kick in a lively, action-packed match.

But they struggled to make the most some good openings to kill the game and were punished when Dayo nodded in after Fabrice Ondoa fumbled Banou Diawara's left-wing free kick 15 minutes from time.

It means Cameroon failed to take advantage of host nation, Gabon's surprise 1-1 draw with Guinea-Bissau earlier in the day, leaving Group A finely poised with all four sides on a point apiece after one round of matches.

Cameroon may lack the big names of yesteryear, and have had their troubles with stars refusing call-ups for this tournament, but they will still be expected to progress from what looks like being a closer pool than was initially anticipated.

Hugo Broos' side now know a victory is imperative when they meet Guinea-Bissau on Wednesday, while Burkina Faso will be buoyed by their point heading into their clash with Gabon.