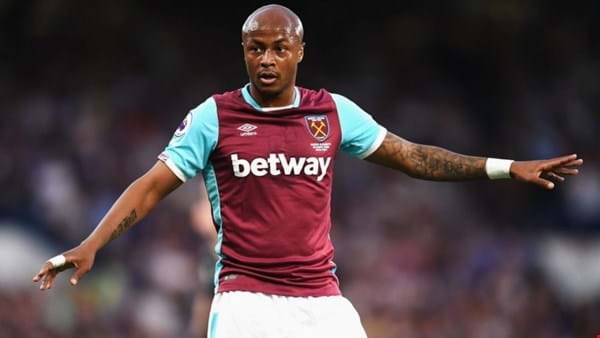 Andre Ayew will be in the stands at the Tamale Sports Stadium on Friday to support his international teammates against Uganda in a 2018 FIFA World Cup qualifier.

The West Ham United record signing is unavailable for selection after picking up an injury in August on his Premier League debut at Chelsea.

He has been out of action since then but now days away from making a return to the pitch.

Ayew is in the country alongside teammate Andy Fletcher and other West Ham officials for an activation programme for the club's headline sponsor Betway.

He is expected to land in the northern regional capital on Friday morning; hours before kick off at