Biometric register for 2012 elections is coming on 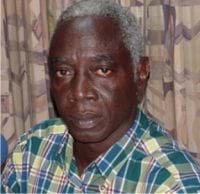 
The chairman of the Electoral Commission (EC), Dr. Kwadwo Afari-Djan, has stated that the commission is vigorously going on with the processes of ensuring that it secures a biometric registration system for the 2012 general election. According to him, with the court clearance for the commission to undertake its legitimate business, there was no let or hindrance on its part and that it was “continuing with the processes”. However, the opposition New Patriotic Party (NPP) and the People’s National Convention (PNC) have raised red flags cautioning the EC that the path it was taking would compound the existing problems of double registration and voting and that as major stakeholders they believed the commission must tread cautiously and heed the caution. The two parties argued that although it was not their intention to interfere with the EC’s procurement process, they were duty bound to ensure that the cameras, scanners and the process to be used met standards that would not jeopardise the electoral process after the huge investment had been made in it. But the Technical Advisor on Biometric Registration for the National Democratic Congress (NDC), Dr Ahmed Gedel, is of the view that “to a large extent the EC is on the right path in obtaining an accurate, reliable and authentic biometric registration”. He also urged the EC to sit with the political parties to agree on issues regarding standards and the nature of achieving a reliable, authentic and accurate register and explained that the verification of the process that others were calling for was another level that had never been used by any African country. He added, however, that if Ghana could afford it, it would be welcome news. Dr Afari-Gyan stated the EC’s position when he spoke to the Daily Graphic on recent developments, especially an injunction against the EC which was thrown out by the High Court. On September 27, this year, an application for an interim injunction filed against the EC was thrown out of court. It was filed by Intelligent Card Productions Systems (ICPS) and sought to prevent the EC from allowing other companies to engage in the biometric registration of voters (BVR) for the 2012 elections. That was the second time ICPS had filed such a writ against the EC, after the first one had been dismissed by the Accra Fast Track Court (Commercial Division) earlier last month. The EC was dragged to court by ICPS because the latter had been disqualified from a list of companies that bid for the contract to produce the cards as part of the processes of the BVR. Explaining his party's position further to the Daily Graphic, the General Secretary of the NPP, Mr Kwadwo Owusu-Afriyie, noted that although the NPP was not interested in the company which would finally be selected to undertake the process, it was incumbent on the party, as a responsible political entity, to ensure that, for instance, the mega pixels of the cameras and the capacities of the scanners were high enough to achieve better quality. He said when these had been properly secured, coupled with other internationally accepted benchmarks such as the capability to verify registration and block double registration, the EC would be on the path of securing a system that would be better than the current system. The NPP General Secretary noted that Ghana must be guided by the painful experiences of countries that had used half-baked biometric registration, such as Cote d'Ivoire, Nigeria and Congo, and avoid the process that would dent the country's enviable democratic record. For his part, the General Secretary of the PNC, Mr Bernard Mornah, noted that his party was totally committed to the use of biometric registration but was against the selection of a vendor that would produce a registration system that would compound the problems inherent in the photo register. He added that all that the PNC, which was a major stakeholder in the use of the biometric register, was seeking was to have a forum with the EC to be able to offer suggestions that would help enrich the system and avoid the situation where the very canker of double registration and voting which the new system was seeking to eliminate would be maintained. Since the EC started the process of procuring a vendor through the tender process for the biometric registration, it had been rocked with allegations of lack of transparency, procuring a system without verification, refusal to involve the political parties through the Inter-Party Advisory Committee (IPAC) forum, among others.