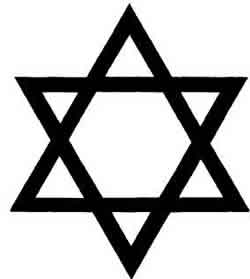 Introduction To Judaism Website
Judaism is one of the oldest religions of the world. Philosophically it had significant influence on the development of two other monotheisms, Christianity and Islam. The central doctrine of Judaism is the Unity of God. Judaism is the national religion of Jews worldwide. These people trace their ancestry to the great patriarch Abraham (PBUH) who lived in Chaldea and was a wandering Aramean around 2,000 BCE. Some five hundred years after Abraham one of his descendants by the name of Moses (PBUH) arose and unified the Israelites living in Egypt leading them towards the land of Canaan. On the way to Canaan, Moses (PBUH) experienced a vision on Mount Sinai and received the famous Ten Commandments from God. These Ten Commandments became the foundation on a moral code, not just for Jews but most people on Earth. [b]Sacred Books[/b] The Torah is the main document of Judaism. It consists of the first 5 books of the bible attributed to Moses (PBUH) [b]TaNaK[/b] (is made up from the 3 types of biblical writings and their first letters of each word) 1. The Torah : Genesis, Exodus, Leviticus, Numbers and Deuteronomy (First 5 books of the bible) 2. Nevi'im: Literally meaning 'Prophets' (PBUT) from the Prophetic writings 3. Ketuvim : Literally meaning "Writings" are filled with proverbs, sayings, teachings, poetry and reminiscing [b]Talmud[/b] This explains the written Torah and comes mainly from two sources MishnahGematria (where we get the word geometry from) [b]Core Beliefs[/b] Judaism is not big on doctrine; however there are 13 articles of faith. Jews vary on the application of these beliefs: 1. Belief that God Exists 2. Belief that God is one and unique 3. Belief that God is incorporeal i.e. is without physical form 4. Belief that God is eternal 5. Prayer is to be directed to G-d alone 6. Belief that the words of the prophets are true 7. Belief that Moses (PBUH) was the greatest Prophet and his prophecies are true 8. Belief that the Torah was revealed to Moses (PBUH) 9. Belief that the Torah is the last law of God 10. Belief that God knows the thoughts and deeds of people 11. Belief that God rewards the good and punishes the bad 12. Belief in the coming of the Messiah 13. Belief in the resurrection of the dead [b]Jewish Practices[/b] Judaism is an ethical religion in that followers commit themselves to following a code of law which regulates how they live their lives. These include but are not limited to: 1. Dietary Laws 2. Treatment of strangers 3. Rights and Restorative Justice 4. Treatment of animals 5. Looking after the infirmed, widows and orphans [i]This Article Originated from Religious Founders Day(Theme: Establishing Peace Through Religions)symposium organised and hosted by the Ahmadiyya Muslim Jamaat in New Zealand on the 13th of November 2010[/i]