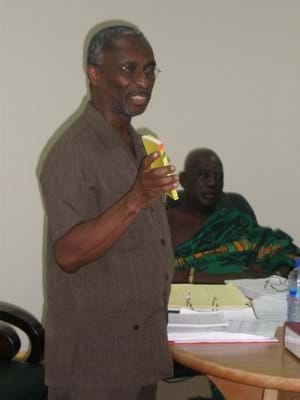 
Participants at a forum of the constitutional review exercise have called for the establishment of a permanent National Development Planning Commission to facilitate the nation’s development agenda. The Commission, they explained, should be non-partisan and have the requisite human resource to address the challenges confronting the nation. The forum was part of the opening of the Central Regional hearing of the Constitutional Review Commission in Cape Coast. The two-day forum was to collate views from the public as part of the review of the 1992 constitution. The participants also called for the adoption of a national development agenda that would spearhead the country’s development programme. Such an agenda, they explained, should be strictly followed by the present and successive governments. They also called for the setting up of a succession line for traditional leaders to help address the numerous chieftaincy disputes in the country. A section of the participants also advocated for the election of district chief executives while others called for the sustenance of current mode of appointment of DCEs by the President. The chairman of the Constitutional Review Commission, Prof. Emeritus Albert Fiadjoe, in an address said the consultation is to enable Ghanaians to make submissions on the governance process in the country. He said that the Commission had completed community and district consultations aimed at soliciting public view on the constitution. The Commission, he emphasized, was guided with the promotion of the welfare, cohesion, unity and good governance in the nation. A member of the Commission Review, Prof S.K. Adjepong, in his remarks said recommendations from the nationwide forum would be forwarded to the President for an action. He mentioned that a total of 33,000 submissions on the Constitutional Review had been received from the public. He explained that the idea of the review was to help address problems and reshape the 1992 constitution. The President of the Central Regional House of Chiefs, Daasebre Kwebu Ewusi VII, who was the Chairman for the function commended the Commission for the professionalism they had exhibited so far.