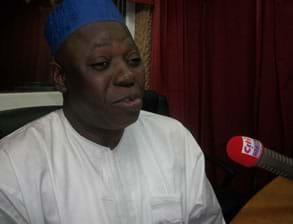 
The Ministry of Foreign Affairs and Regional Integration says it is taking urgent steps to secure the release of four Ghanaian nationals who have been captured by Somali pirates. The Ministry in a statement said it has been notified of the detention. The Ghanaian nationals are amongst a crew of 24 from Yemen, India, Sudan and Philippines who have been detained aboard the MV Iceberg 1, a Panamanian registered vessel. It is believed that the Azal shipping and Cargo, based in Dubai, United Arab Emirates (UAE) are the owners of the vessel. The vessel, which had a cargo of general mechanical equipment, was bound for Jebel Ali in the UAE, when it was hijacked by Somali pirates 10 nautical miles off the Port of Aden, Yemen on March 29, 2010. “The Ministry is taking urgent steps to explore all options available towards securing the release of the four Ghanaian nationals. To this end, the Ministry is liaising with the Ghana Mission in Riyadh, Saudi Arabia, which is concurrently accredited to the UAE, to urgently contact the owners of the vessel in Dubai to obtain information as to steps being taken to secure the release of the crew”. “Additionally, the Ministry has instructed the Ghana Missions in New Delhi and those accredited to Yemen, Sudan, Pakistan and the Philippines to enquire from the Host authorities what actions are underway to secure the release of their nationals, to enable the Ministry join in the concerted efforts geared towards releasing the crew of the ship to avoid any fatalities. “Representatives of Andy’s Global Limited, the local Agency which recruited the Ghanaian nationals, have also been summoned to the Ministry to explore any other options that can be initiated from our shores to achieve the same goal’ the statement noted. The captives who have been speaking to Citi News with a mobile device they smuggled on the ship say they are going through difficult times surviving on flour whilst others have fallen sick with no medical care.