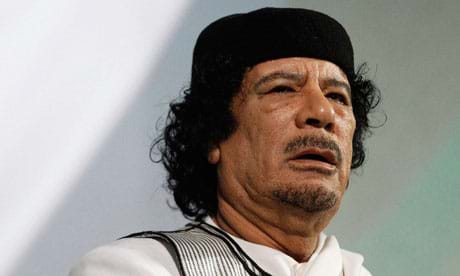 
The former president, John Agyekum Kufuor, has called for a constitutional rule in Libya after the death of the Libyan leader Muamar Al Gaddafi. Speaking on Badwam, a morning show on MultiTV, Mr. Kufuor expressed his condolence to the family of the Libyan leader. He retorted that “I am not going to say whether he is good or bad because he is now dead and gone, the land belongs to the Libyans who stood up against him, and I believe that the people will handle the country well and look for a suitable constitution that will guide them rebuild Libya and prevent other future eventualities like this.” Commenting on Gaddafi’s role in the fight for a United State of Africa, Former President Kufuor explained that Gaddafi was very instrumental in the establishment of the African Union but was quick to add that his dictatorial rule on Libyans served as an indictment on the very cause he was fighting for. According to him, the fact that Gaddafi is dead does not mean other African leaders will not push for the unity of the African continent. On the contrary, he believes that the success of the AU will largely depend on how each African country will settle and resolve the various challenges that they are facing in their respective countries before pushing for the establishment of a United State of Africa. He admonished all and sundry not to concentrate on Gaddafi’s death but rather focus on building a new Libya through a constitution. He also denied rumors that the one time leader of Libya gave him a car during the 2007 AU summit in Accra. According to Ex-President Kufuor, the late Muamur Al Gaddafi gave him a Benz car as a gift but that was before the 2007 AU summit commenced. He also added that he gave out the Benz car from Gaddafi to the government when he was leaving office. Ex-president Kufuor also dismissed claims being purported by the ruling National Democratic Congress [NDC] party that he abandoned doctors on strike to travel outside the country in his administration. According to him, he was very much involved in the negotiations with the doctors and never took them for granted. “If anybody says that I turned my back against the doctors, it is not true. Doctors received a much higher pay during my tenure of office, it is the same with the university teachers and soldiers and teachers. They all threatened to go on strike but we handled it with care… in my time, doctors who are professors received over 30 million cedis, the fact that we are not making noise about it does not mean we did not do anything about it.” Also speaking on the death of Muamur Al Gaddafi was a Language Consultant to the African Union, Dr. Niyi Alabi who questioned Gaddafi’s dictatorship rule in Libya and the way and manner he approached Western influence in Africa. “It is true that Gaddafi stood up to the west, you don’t stand up to the west and go and bomb innocent people on a plan. It doesn’t make sense, and there is no logic in that. It is true that the west conspired against him, He stood to the west, but I think that his approach and method was wrong.”