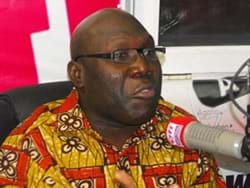 
A Deputy Minister of Energy, Inusah Fuseini has dismissed claims that the Attorney General (AG) and the Government are victimizing the EO group partners in the Jubilee field. The suggestion was made to Citi News by minority spokesperson on Energy and a former Minister of Energy, Kofi Adda, after a question he filed in Parliament to the Attorney General on the matter failed to be captured in the order paper on Wednesday, November 3. The EO group has been under investigations over the past couple of years over allegations of suspected fraud and corruption by both the Justice Department of the United States of America and the Government of Ghana. According to Mr Adda, the government’s delay in pronouncing on the EO group, long after the US justice department concluded its investigations and found nothing against the group, smacks of mischief. However, responding to the matter on the Citi Eyewitness News, on Wednesday, November 3, Mr Inusah Fuseini, argued that the Energy Ministry continues to work with the EO group pending the final outcome of the Attorney General’s investigations. “This matter started, when partners in the EO group started making allegations over a potential breach of the anti-corruption law in the United States of America which had it whole interpretation there, Ghana then went on board with investigations and the Attorney General is carrying on with investigations as it affects us as a people in this country”. “…the Attorney General is carrying out investigations independent of what is happening at the Ministry of Energy and I think that if we want to know whether the A-G is still continuing with investigations or whether there is a likelihood of prosecution of the EO group, the best place to find out is the A-G’s office”. The Deputy Minister however questioned the interest of Mr Adda on the matter, and wondered if he has become the spokesperson for the EO group. “Isn’t it interesting that in matters of this nature a former minister of Energy is the one advocating on behalf of EO Group? I do not know what interest he has in EO that he can champion their calls and become the spokesperson of EO”.