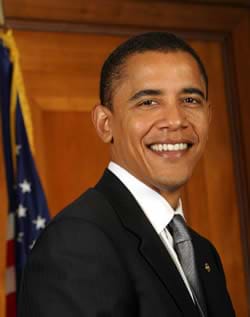 US President Barack Obama says he believes US voters are feeling frustrated with the pace of economic recovery, after mid-term poll losses. The Republicans captured 60 seats to take control of the House of Representatives. The Democrats clung on to the Senate despite losing seats. Republican leaders have already vowed to reverse Mr Obama's healthcare reforms and to cut spending. Mr Obama pledged to find common ground with the Republicans on key issues. No one party was now in control, he said, so it was important for Republicans and Democrats to work together to focus on jobs, security and the future, in line with the voters' message. "I'm not suggesting this will be easy," Mr Obama said. "I won't pretend that we'll be able to bridge every difference or solve every disagreement. "What is absolutely true is that without any Republican support on anything it's going to be hard to get things done." Mr Obama said he believed progress had been made but more remained to be done. "Over the last two years we've made progress, but clearly too many people haven't felt that progress yet and they told us that clearly yesterday. As president, I take responsibility for that," he said. Earlier the Republicans' John Boehner, set to become the next speaker of the House of Representatives, pledged to repeal Mr Obama's healthcare reform "monstrosity". "I believe the healthcare bill will kill jobs, ruin the best healthcare system in the world and bankrupt our country," Mr Boehner said. Mr Obama said he would listen to suggestions on the reforms. "If the Republicans have ideas for how to improve our healthcare system, if they want to suggest modifications that would deliver faster and more effective reform to a healthcare system that has been wildy expensive, I'm happy to consider some of those ideas," he said. The election result is a stinging setback for the president, who was elected only two years ago with so much hope and so much exuberance, says the BBC's North America editor Mark Mardell. Up for election were all 435 seats in the House (the lower chamber of Congress), 37 of the 100 seats in the Senate, governorships of 37 of the 50 states and all but four state legislatures. With some counts still to be completed, projections suggested the Republicans had obtained a net gain of 60 seats in the House, more than the 54 they won in the landmark 1994 mid-terms, and the biggest exchange of seats since the Democrats won 75 in 1948. [b]Tea Party successes[/b] Of the Republican gains, dozens of the House seats and several Senate ones were made by candidates backed by the conservative Tea Party movement. While there will be much talk of compromise and reaching deals, many Tea Party supporters' explicit aim is to block and undo Mr Obama's agenda, our editor says. The movement, backed by former Alaska governor and 2008 Republican vice-presidential candidate Sarah Palin, managed to replace establishment Republican candidates with its candidates in some areas. There was success for Rand Paul in Kentucky and Marco Rubio in Florida, but rising Christine O'Donnell lost her bid in Delaware. And in Nevada, in one of the most dramatic contests of the night, the Democrats' leader in the Senate, Harry Reid, fought off Tea Party challenger Sharron Angle. Mr Reid's victory sparked a delighted reaction from Senator John Kerry. "Harry Reid isn't just Dracula, he isn't just Lazarus, he's our leader and our whole caucus is thrilled that he's unbreakable and unbeatable," he said. Senate results from Washington State and Alaska have still to be called, but in another late result Democrat Michael Bennet narrowly defeated Tea Party Republican Ken Buck to win in Colorado. Republicans earlier took Senate seats from Democrats in Pennsylvania, Wisconsin, Arkansas, North Dakota and Indiana. In Arkansas, Republican John Boozman defeated incumbent Blanche Lincoln in a historic reverse for the Democrats. Compounding the misery for Mr Obama's camp, a Republican captured the president's old Senate seat in Illinois. Mr Obama said the election outcome had demonstrated where power in the US truly lay. "Some election nights are more fun than others. Some are exhilerating, some are humbling, but every election, no matter who wins or who loses, is a reminder that power rests not in those who are elected to office but in those we choose to serve," Mr Obama said.