Ghana Described As Most Safe Country 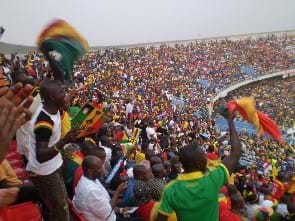 
Ghana has been described as a haven on the African Continent as far as the issue of peace is concerned, this is because the country is the only one in Africa where the opposition and the ruling party can sit and deliberate on national developmental issues without hostility. A Deputy Minister for Information, Baba Ahmed Jamal, said this when he interacted with journalists in the Central Region as part of his nationwide tour to find out how Government information is being managed at the district level. Mr. Jamal said Ghana has exhibited a high sense of democracy due to inter-party tolerance such that the opposition is involved in decision-making for effective governance at a high level, thus the international community and neighbouring countries are making efforts to emulate Ghana. He commended the Ghanaian media for the huge role it plays in this state of affairs by being responsible and objective. According to him, a number of countries have been plunged into chaos by irresponsible and careless press reportage. He therefore called on journalists to double check facts before publishing their stories in order to give accurate information to the public to maintain the relative peace being enjoyed in the country. He noted that Africa has been destroyed in many ways due to misinformation, twisting of the truth and blatant lies by some unscrupulous journalists for their selfish ends. The Deputy Minister said Government welcomes constructive criticisms which will serve as catalyst for developing the regions and districts. He called on Journalists to help develop their local areas with effective critique and proposals to support Municipal Chief Executives and District Chief Executives in the districts for the benefit of the people. The Central Regional Minister, Hon. Ama Benyiwaa Doe, commended journalists in the region for their objective reportage that has helped greatly in developing the region through accurate information which has the potential to bring investors and tourist to the region. She said so far her outfit has built a cordial relationship with the media in the region, and welcome media practitioners to clarify issues with her when in doubt. The Regional President of the Ghana Journalists Association gave an overview of the work of the media in the region and urged them to be fair and accurate in their reportage and be guided by the code of ethics of the profession. He appealed to journalists to work hand in hand with the Regional Minister to achieve the Better Ghana Agenda, since they play a major role in the development of the region and country as a whole.