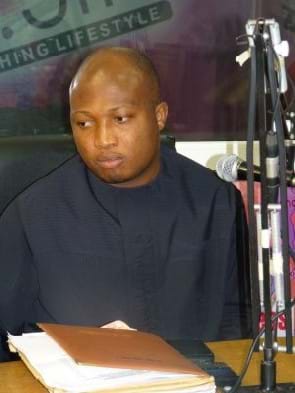 
The Government on Friday denied allegations of the opposition New Patriotic Party (NPP) that it is bribing journalists, describing them as “baseless, ridiculous and shameful”. A statement signed by Mr Samuel Okudzeto Ablakwa, Deputy Minister of Information, decried as very unfortunate attempts by the NPP to insult and debase Ghanaian journalists as persons who availed themselves to be bribed. The statement said it was also despicable for the NPP to state that the Ghana Police Service and the Electoral Commission were next to be bribed by the Government and called for an end to the politics of insults, arrogance and fabrications which have characterized the NPP’s campaign thus far. Mr. Okudzeto Ablakwa said that it had become clear that the whole accusation had turned out to be a poorly orchestrated plot which was fast becoming a nightmare for the NPP. “For example, a cursory assessment of the names and account numbers the NPP presented to the press yesterday reveals that the said account numbers are forged. Not only is there no bank in Ghana with such account numbers which is also why the NPP could not state any bank their concocted account numbers belong to. “More pathetically, the NPP’s machination gets even more embarrassing and you cannot help but feel some sympathy for the NPP when you find out that two of the journalists in the NPP’s bribe list, namely, Samuel Akapule of the GNA and Dalulah Nsarebor of the Chronicle, both have the same so-called bank account number being 10743-5323/11. Certainly, this is only possible in Nana Akomea’s Propaganda Bank.” The statement also emphasized that the tape making the rounds and which “the NPP had been fixated on” could not be the voice of Baba Jamal. “It is striking to note that so far the NPP has been unable to tell Ghanaians when, where including exact venue, time and who attended the fathom meeting on that tape where Baba Jamal is alleged to have been heard attempting to bribe journalists. So far, not a single, journalist has said he/she attended the fathom meeting. Isn’t it shameful, the levels at which the political discourse has been reduced to?” Mr Okudzeto Ablakwa appealed to the NPP to leave out the NDC if it was being haunted by its own immediate history. Referring to an audit of the Information Ministry conducted by the Auditor General for the period 1 January 2007 t0 31 December 2008 in which the Auditor-General revealed in paragraph 49 “As stated earlier on, one of the former Ministers of the Ministry – Hon. Stephen Asamoah-Boateng engaged the services of certain individuals and teams to carry out media-related services for Government under the Communication Strategy Implementation Programme. The names of the teams, as gathered from the Ministry’s records, were as follows: i) Media Executives ii) Editors Forum iii) Media Monitoring iv) Matters Arising v) RIM vi) BLOW vii) GRID viii) Rapid Response ix) First Responders “A total of 425, 938 Ghana Cedis was spent on these teams. This expenditure included allowances and travel expenses paid to people whose identities were not disclosed.” “The Auditor General further states in paragraph 53 that “we expected Hon. Stephen Asamoah-Boateng and his deputy Hon. Frank Agyekum as Chief Spending Officers to have known that payments made from the Consolidated Fund are governed by laws, regulations and other administrative instructions. We therefore consider their approval of various payments to these teams and individuals as reckless and a wasteful use of state resources.” The statement said Government sincerely hoped that it was not because of “this embarrassing record” of the NPP in diverting state resources under these shameful guises and the fact Parliament’s Public Affairs Committee would in a fortnight be considering this 2007-2008 Audit Report and so the NPP feels so haunted it will want to engage in these poorly hatched suicidal machinations. The statement said: “As it is known, the policy of the Prof. John Evans Atta Mills-led government is to be transparent, accountable and truthful to the good people of Ghana at all times. We denounce as unethical and inappropriate to bribe or hire journalists to influence their independence. Indeed the Ghanaian people are always the best judges. In the final analysis, you are only going to be deceiving yourselves as the people easily see through such PR schemes and are the ones who can best assess governments and make informed choices.”