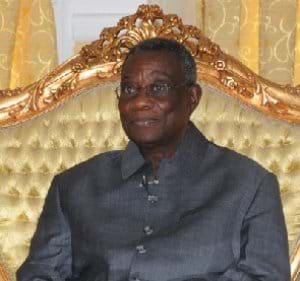 
The Alliance for Accountable Governance (AFAG) is asking President Mills to dismiss with immediate effect, heads of the Bureau of National Investigations, National Security, the Attorney General, the National Security Advisor to the President and the Minister for Interior over the stand-off between the Osu Magistrate Court Judge and BNI officials. In a statement, the group said it appears these individuals are unable to perform their duties of protecting the citizenry. The statement comes after the premises of the Osu Magistrate Court was on Thursday July 28, thrown into a state of confusion after some security operatives said to be officials of the Bureau of National Investigations, (BNI) stormed the Court and attempted to re-arrest bailed suspects in an on-going drug case. The presiding Judge, Ellen Anokye, however prevented the BNI officials from arresting the drug suspects and ordered the suspects back into the court room. After a heated argument which lasted for over an hour the suspects were handed over to the Accra Police on the orders of the Chief Justice, Georgina Theodora Wood. AFAG is however urging President Mills to be more vigilant since under his tenure, the BNI and National Security apparatus seem to be operating under their own laws and not that of the state. According to AFAG, the public has lost confidence and hope in the security forces ahead of the 2012 elections hence their call for their dismissal. Abu Ramadan a leading member of AFAG told Citi News that the Attorney General had no right to instruct the BNI to re-arrest the bailed suspects since the move sought to undermine the authority of the court.