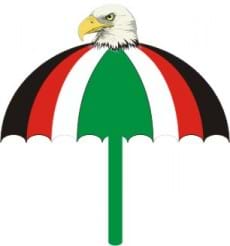 
Information reaching Daily Guide from Goaso in the Asunafo North Municipality of the Brong Ahafo Region indicates that members of the ruling National Democratic Congress (NDC) have turned against each other, attacking one another in what could be described as a guerrilla fight. As at press time on Wednesday September 22, an NDC activist popularly known in the area as Afoakye Moro had been hospitalized at the Goaso Municipal Hospital after he was rushed there. He fell unconscious after he was attacked by a gang believed to have been hired by some NDC chieftains at Goaso. Reports indicate that Afoakye, a mason and a father of two, after the attack, had his clothes removed, leaving only his boxer shots whiles his entire body was smeared with a strange concoction by his assailants. According to reports, this rendered him totally weak and unconscious. Before the young NDC activist was severely beaten, his step-mother, Imaa Barikisu, was also brutally assaulted at the Goaso Market by an alleged brother of Collins Dauda only identified as Abdulai, who doubles as the Mehame Mossi Chief. Madam Barikisu, 37, told Daily Guide that she was at the market when the alleged brother of Collins Dauda pounced on her and dragged her on the ground. She said she had a cut on the nose and the mouth, as her head was hit against a nearby table. "I told Abu to take it easy since we are all NDC members but he went ahead to beat me mercilessly," Madam Barikisu lamented. According to the victim, Abdulai accused her of not advising her son against going to a radio station at Goaso to speak against the rot in the NDC. The woman noted that she has reported the incident to the police and has been to the hospital. She said she was however unable to pay for the GH¢50 the medical doctor demanded before the results of the medical examination could be handed to her. Daily Guide's sources at Goaso hinted that Afoakye, a hard-working NDC activist who played a crucial role in ensuring NDCs victory in 2008, had been criticizing government appointees in the municipality on radio for doing little to help the youth in the party to get jobs. He is also reported to have stated that as a mason, he could have constructed a controversial wall around the municipal assembly office building at a cheaper cost than the unbelievable amount quoted by the MCE, Mohammed Kwaku Doku. Sources say, after this revelation by the NDC activist, he has not known peace as he continues to be threatened by top government appointees and some party executives in the municipality who might have benefited from the said contract. Daily Guide was told that, on Monday September 20, Afoakye was mercilessly beaten up by one Alhaji Takoradi, the Municipal Coordinator of Zoomlion, following the comments he made on radio. Whiles nursing his injuries from Monday's beatings, he was again brutalized by his party men on Wednesday. Meanwhile, the Goaso Municipal Police Command has confirmed the incident, saying the matter is under investigation.