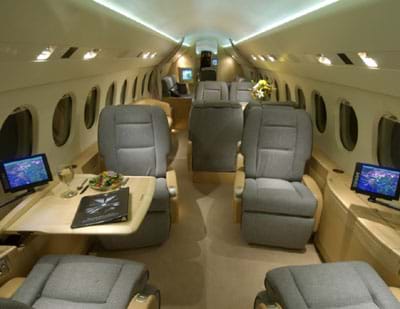 
The Ghana Armed Forces has postponed the scheduled commissioning ceremony of Falcon 900EX Easy Aircraft. The ceremony, which was scheduled to take place on Thursday September 23, had to be postponed because, according to the Public Relations Department of the Force, the Jet has not arrived in the country as earlier reported. The ‘Falcon 900EX Easy Aircraft’ purchased by the then New Patriotic Party (NPP) government was scheduled to be commissioned at what was expected to be a colourful ceremony at the Jubilee Lounge at the Kotoka International Airport in Accra on Thursday September 23, at 3pm. A statement issued by the Public Relations Directorate of the Ghana Armed Forces and signed by Flt. Lt. Francisca Aholo, on behalf of the Director, had said that “the Ghana Air Force has taken delivery of the newly-acquired Falcon 900EX Easy Aircraft, spares and tools on behalf of the Government of Ghana.” However in another statement released on Wednesday afternoon, Flt Lft Aholo said the ceremony had to be postponed because the Jet had not arrived. Although the statement did not disclose the reason behind the delayed arrival of the Falcon 900EX, the Ghana Armed Forces said a new date for the jet’s arrival “would be communicated later.” The Falcon 900 Presidential Jet on arrival would replace the Fokker 27 aircraft ‘flying coffin’ that the Ghana Air Force has used for the past 37 years as presidential jet.