When shall we overcome? 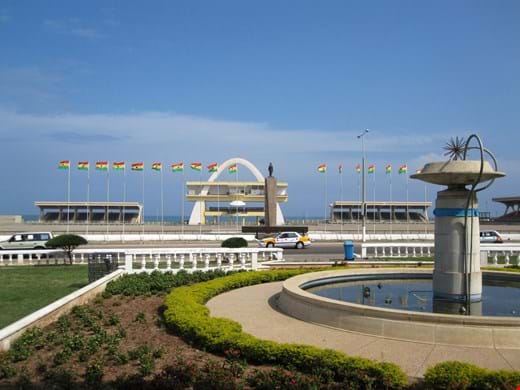 As I do at every annual commemoration of our hard won independence from colonial subjugation, this year I waited for our newly elected president to share his thoughts and reflections on our history and our promise to the younger generations.

I had little doubt that the NPP would win this last election. They presented a populist message somewhat at variance with their general right of centre views. That's just fine because politics is about accommodation and adaptation. That is where the NDC dug their deep grave. They were not listening to the people and their intense weariness with the culture of corruption which the NDC had elevated to an art form. As a nation, we have struggled with this blot on our national psyche from the First Republic as is evidenced by Nkrumah's Dawn broadcast to the nation in 1961.

Mr. Akuffo-Addo brings a long history of activism and patriotism to this office and it is hoped that he will bring about a different paradigm on law and order through institutional transformation, emphasizing application and enforcement of the law. This will bring pleasure to the ordinary citizen, who has been robbed of his or her privileges for so long by thievery by state officials on a grand scale. I hoped his address would also inspire Ghanaians to exercise the responsibilities of citizenship and to a large extent he was successful at this.

The challenge is moving from vision to mission and translating that to everyday reality. By this, I mean Ghanaians are yet to feel that their government has their core interests at heart. I agree with the president that we could have done a lot more in 60 years than we have done. Our "classmates" Malaysia, Singapore, India and South Korea are industrial giants and orderly societies. The time for excuses and blaming the "white man" are long gone. Our mates are running and we are lurching along from one unachieved expectation to another.

I have written in the past about John Mensah-Sarbah's pivotal legal victory and what it has meant fundamentally to our freedom. However, historically the chiefs have corrupted their collective position as true custodians of the land in many circumstances and have diminished the value of Mr. Mensah-Sarbah's legacy. Our history curriculum has failed today's youth. They are largely ignorant of our history and the many heroes who live within its pages. The new minister of education has his work cut it for him. This is true for all the holders of high office today for theirs is a job of re-construction. When your best days of effective government are in the distant past, that's not good.

Though overall, the president's history lesson was instructive, it was sadly informed by a degree of partisanship which did not serve his office and the nation well. We all know Kwame Nkrumah did not start the drive for independence but history unfortunately remembers victors and glosses over the contributions of losers. That is the human condition.

Kwame Nkrumah is revered globally for his singular achievement of leading black Africa into an era of freedom. It is discordant that some in Ghana are consistently trying to view his global achievements through a narrow local political lens. He had his faults. I have never believed he was a good manager of our economy after winning freedom. He was however, a successful political intellectual and tactician and won 4 straight elections in 1951, 1954, 1956 and 1960 as evidence of this. Those are the facts. The president mentioned the Preventative Detention Act (PDA) but doing so without mentioning the National Liberation Movement (NLM) and its ethnocentrically influenced terrorist and murderous activities was a failure to put the PDA in its proper historical context. What are we to make of the assassination attempt on Nkrumah in 1955 and the subversive activities against the young government in 1958 by Messrs. Apaloo, Amponsah and Major Awhaitey? Where is the national monument to the ordinary citizens murdered by the NLM for their political beliefs? There is equally nothing in remembrance of the innocent victims of the PDA. The remembrance of these unsung heroes in unity is what might help the nation heal.

In the light of all this, I find the plan to rename the Flagstaff House misguided and politically unwise. The majority of Ghanaians are not clamouring for this. That should inform the president that it is not a national priority.

The White House has been expanded, renovated and rebuilt many times over the last 300 years by both Democratic and Republican administrations. It is still the White House. The name Flagstaff House is rather neutral and matter of fact, simply identifying it as the office of those who serve the flag of the nation.

The moves to transform Founder's Day to Founders' Day are equally troubling. We must desist from litigating the past and let history stand as it is, with lessons to guide us to a better future.

I am not partisan on these issues as my dear departed mother was a staunch UP member and my late father was a CPP man though as a dyed in the wool public servant of the Republic, he never publicly acknowledged this until his demise.

Some of my cherished early childhood memories are those of accompanying my mother on Sunday visits after church, to Mrs. Mabel Dove to inquire of any news of her former husband JB Danquah, who was then in detention. It was only in retrospect as an adult did I realise the nature of these visits. I am forever grateful to her for granting a 9 year old boy this window into our national history.

We are one nation, one people and historically all the major political traditions have achievements and failures to reckon with but it is time for each tradition to take stock of its own errors so we can heal as one family with one indivisible destiny before God.

For the next 4 years, that task of continued national healing rests squarely on Nana Akuffo-Addo's shoulders and he has but a small hill, not a mountain to climb to make this a reality. The president should take the high road and focus on transforming our business processes and the economy. We have found the proverbial political kingdom so let’s get to work and stop litigating the past and build a more unifying and prosperous future rooted in Ghanaian citizenship at all levels. We are almost there. 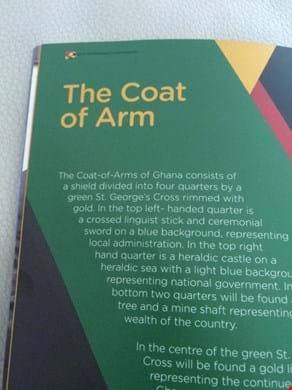 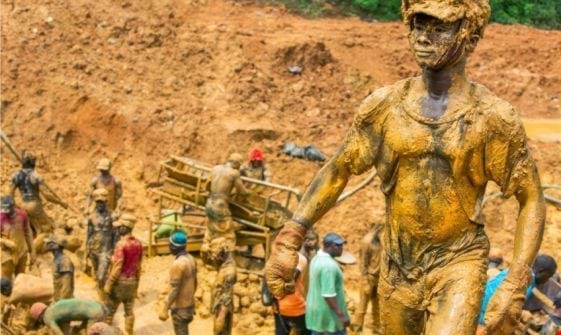 Next article Galamsey: A symbol of National Ineptitude

Prof. T.P. Manus Ulzen is Professor of Psychiatry and Behavioral Medicine, CCHS, University of Alabama, Tuscaloosa, AL and author of “Java Hill: An African Journey” – A historiography of Ghana...