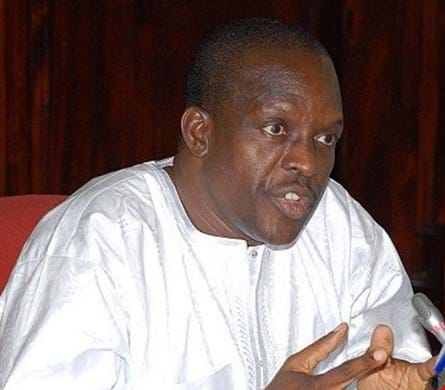 I have come to a guilt-ridden point and that continuously nauseates me and at this juncture, I ought to speak up or throw up the shame. If I cannot free the goat from the hands of the wolves, I can at least raise an alarm for others to probably come to its rescue. The fear of being attacked by the other stripes of the same umbrella has led to the constipation of many discerning minds. But the desire of a clean conscience and the nagging of guilt is enough enema that brings a bit of relieve.

The story of Bagbin is haunting me and i need to rewrite it or open the debate for it to be rewritten in the minds and hearts of the umbrella family. This story of Bagbin is like that of the lizard and the chameleon in the desert. A story is told of a lizard and a chameleon that were very good friends in a drought land. They were both in their dark brownish color and that probably made them see themselves as brothers. One day, there was a heavy downpour and within a week, grasses started to grow. In no time, the land became freshly green. Hawks started to prowl the land  and the chameleon stylishly changed green and merged with the grass. This prevented it from being spotted and devoured by the hawk.The lizard was however left to its fate and was preyed on by the hawk.

The most reverent politicians are those that easily change their white cloak in opposition to a black cloak when they are in government. The first and unforgivable sin of Bagbin was his inability to change color when the NDC gained power in 2008. Many were expecting him to coil into his shell and enjoy the goodies of 'his government'. However, he chose to speak against the ills of the government. His defiance   to conform to the faulty baking pan won him enthusiastic enemies who derive fun by engaging in character assassination of this political luminary.

"The trick is simple. You see, the only thing he has that we do not have is integrity. Then let's smear   his reputation and we can then count on our ill-gotten wealth to maintain our grips of the party", they probably mused. Though the trick have not worked perfectly, they have been able to create the impression that Bagbin is bitter and he is always barking when he wants some pieces of bone in his government.

By the way, my interest is not how his party treats him. My interest is the slice of wisdom he served me some few years back. When I was a leader of a regional students' front, I had the rare opportunity to interact with Bagbin concerning some few areas that my region had been starved. Though he is not a native of the region, he was very passionate about those peculiar issues. His last words were, "You see, I am also part of the government and I cannot speak against myself. Besides, I am not in the capacity to do some of these things. But when you people speak out and the media is able to drum it well enough, the government's attention will be drawn to it. I can then come in and say, 'you hear what the people are saying?' This will then make the lobbying much easier."

That day, Bagbin spoke at length and though we were young, we could still detect two things in his personal traits.Firstly, he is obsessed with issues of development. He never cared if his government is spoken against or not. As far as it was for a good course, he was fine with it. In this country where an opposition is always fishing for negatives to magnify, and government shielding and suppressing everything to look good, it was rare to see a politician in government who stood for everything that would improve the country even if it was going to create a bad name for his government.

Also, he is very frank and blunt and I personally was shocked that a politician was speaking so nakedly on issues. He never minced words on areas his government had fallen short. He spoke so wittily on some policy directions of the government that he was of the conviction were good bold steps, but were generating negative publicity in the media. He explained them so well that we all gave thumps up to the government.

From that day till now, no matter how deep Bagbin is pressed on the mud, I will still recognize him as a diamond not only to NDC, but to the nation at large. His integrity is impeccable and his wisdom is a spring that ejects anytime he opens his mouth.

Within the NDC, Bagbin is a mirror in the dark. The defective army of fabricated stories have cast many shadows on him. But the good news is that, though he is not the NDC poster boy now, he has not lost his lustre.

The integrity of many is now opaque and no matter the polishing, they cannot shine. But those who have no image themselves are not worried about lustre. For them, the one who is a conduit to their stomach should sit on the reservoir of power.
Lets face it! You have a fresh currency note and a soiled note, why choose to explain at every food joint for people to accept the soiled note when you can tender in the fresh note to save everybody time?!  The NDC will answer that at their presidential primaries.

Galamsey: A symbol of National Ineptitude 158

When shall we overcome? 176