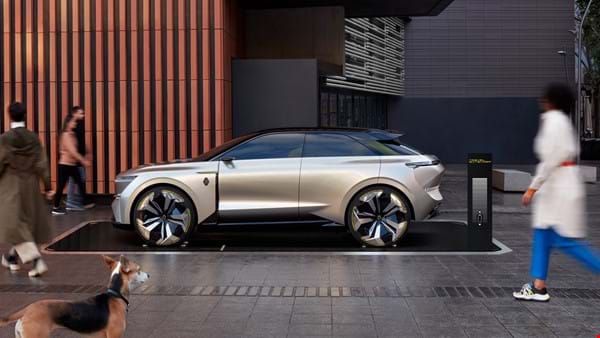 Renault has designed an all-electric concept car that can be physically expanded and have its range extended based on the needs of its user.

Called Morphoz, the electric car has an extendable body that can be switched between a shorter, city-car form and a longer version for travel. 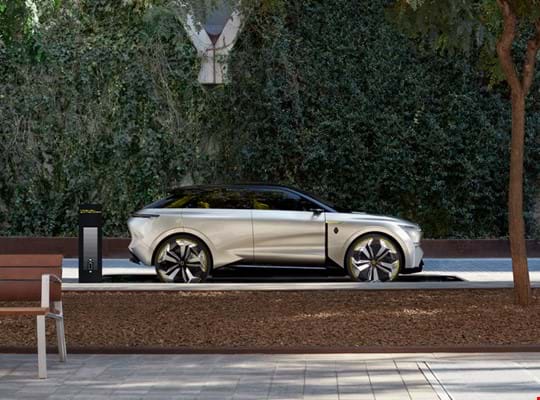 In addition to a fully electric powertrain with a battery-sharing system, the car has level three driving autonomy and a smart system powered by artificial intelligence (AI) that enables the vehicle to recognise its driver on approach.

Morphoz was set to make its debut at this year's Geneva Motor Show, which was scheduled to open on Tuesday 3 March. However the event was cancelled due to a government ban on large events in light of the coronavirus outbreak. 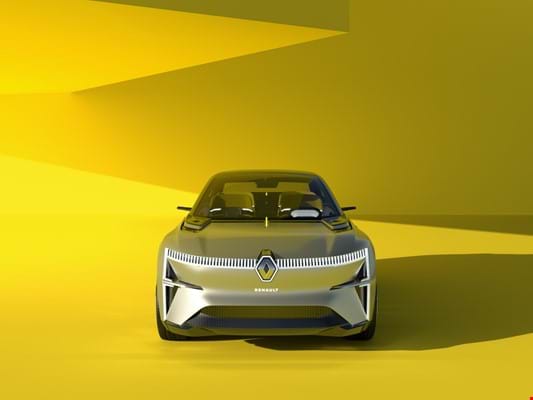 The city version of the car is 4.40 metres long with a wheelbase length of 2.73 metres. It is powered by a 40 kilowatt hour (kWh) battery that has a range of up to 249 miles to suit day-to-day journeys to work or the shops.

When in travel mode, the car extends to 4.80 metres long with a 2.93 metre-long wheelbase, creating a more spacious interior with extra legroom and space for two more suitcases. 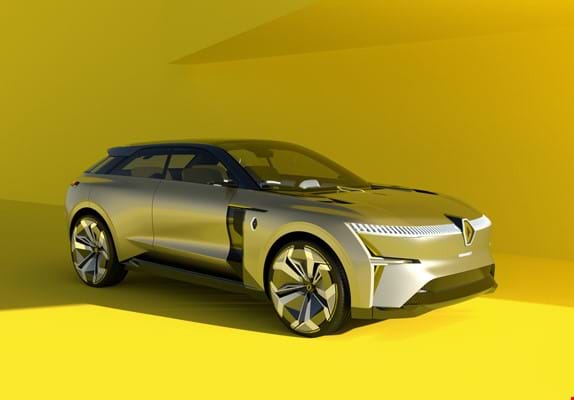 An additional 50kWh battery can be added to the car in travel mode, giving it a combined 90kWh battery. This would extend the car's range to 435 miles.

The car would be extended to travel mode at a predetermined battery station, where the shared batteries would be stored. Here the car's undertray opens and the extra 50 kWh battery would be installed.

When the driver has reached their destination, they can stop at a station to return the extra batteries, reverting the car to its original 40kWh capacity and smaller city configuration.

The station would recharge the batteries until they are needed by another vehicle. In the meantime, it would use the batteries to store electricity from renewable energy sources or to power bike-sharing stations or street lighting. 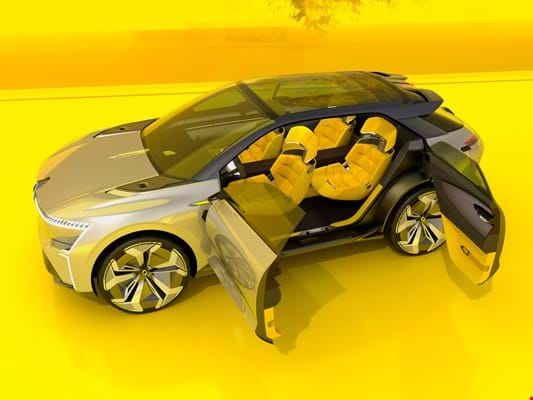 When the car isn't being driven, its batteries could be used to power appliances in the owner's house or even their local area via smart charging devices and Vehicle to Grid bi-directional technology.

The batteries are incorporated into the floor, allowing the vehicle to be designed closer to the ground with a lower roof to improve its aerodynamic performance.

Morphoz is also powered by AI, which uses sensors to detect and recognise the driver as they are approaching before activating a light sequence on the doors to indicate recognition.

The driver can "wave" to the car to activate the welcome sequence, which unlocks and opens the doors, automatically positions the seat and adjusts the interior lighting to the driver's preference.

This AI is also used to process real-time data from the car's external sensors and cameras, which replace conventional door mirrors, to detect the presence of pedestrians or cyclists nearby or in blind spots. 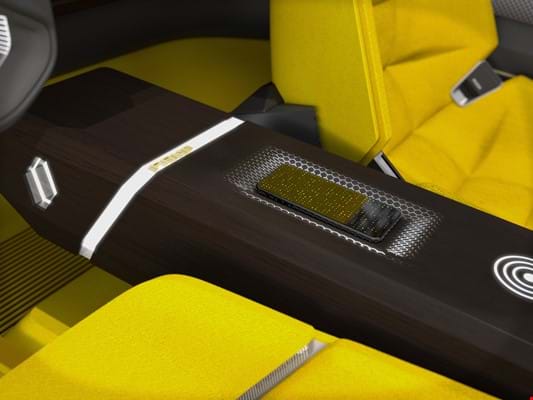 Inside the car, a raised central, wooden console runs along the middle of the cabin would acts as the "brain" of the vehicle. This includes a smartphone holder that serves as the main data source.

An oblong steering wheel with an embedded 10.2-inch screen displays the main driving and safety information. However, when in manual driving mode or autonomous mode, a multimedia screen on the dashboard can display this information.

If the driver links the car's AI features to their smartphone, the AI can then use data and information from the phone to carry out personalised tasks like music playlists or suggesting popular destinations.

This AI assistant can be controlled by touching the screens and console, by hand gestures or by the user's voice. 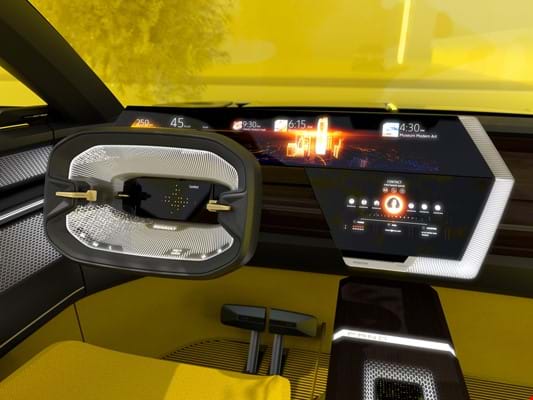 This is not the first time Renault has envisioned what shared car ownership would look like. It's Ez-Pro concept imagined convoys of modular "robo-pods" being able to function as pop-up shops, food counters and other types of retail.

The fleets of autonomous, electric vehicles can move as a platoon or independently. Each one consists of a standard base, to which different units can be attached.

Cybercriminals are using Google reCAPTCHA to hide their phishing attacks 769