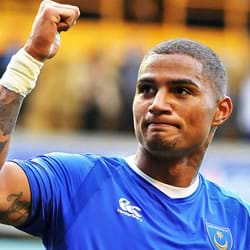 Portsmouth have confirmed that Serie A club Genoa have now paid two instalments for the transfer of Kevin-Prince Boateng. The club's administrator, Andrew Andronikou has told Sky Sports News that Portsmouth received instalments for €3.1million on Wednesday after the Italians missed their first instalment of €1.55m due by 5th September. With the Boateng issue now resolved, Portsmouth are looking to reap the benefits of another Ghanaian formerly on their books, Sulley Muntari. Andronikou also says Portsmouth are in dispute with Inter Milan over appearance fees owed for Muntari. Portsmouth have yet to receive €1m, owed by 31st July, after Muntari played more than 80 games for the Italian giants. Muntari joined Inter for around £12.7m in July 2008.