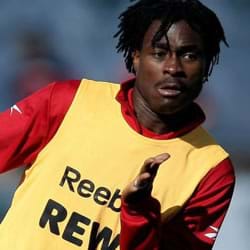 Derek Boateng scored a goal as Getefe walloped Sporting Gijon 3-0 at home. The goal was the Ghana international's first for Getafe in Spain's La Liga after signing in 2009. Boateng opened the scoring for Getafe in the 9th minute separated both sides going into the break. Getafe scored the second from the spot by Colunga and the Marcano finished off a Gijon on the hour mark.