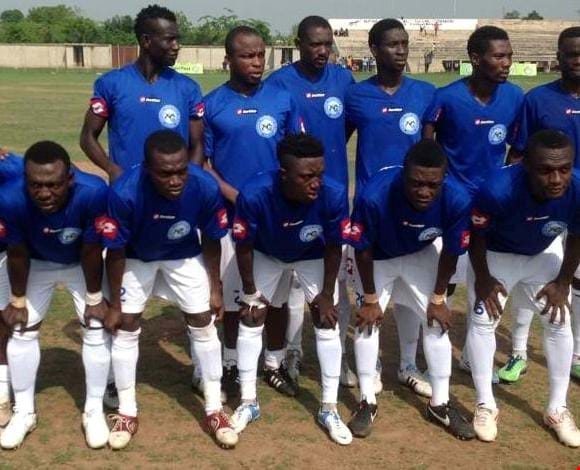 Aduana Stars hopes of appeasing their fans with a home win after their disappointing performance with Inter Allies last week was dashed when they lost 1 - 0 to Wa All Stars at the Osagyefo Oseadeyo Agyemang Badu I Stadium in Dormaa Ahenkro. It was Richard Arthur strike in the 92nd minutes that separated the two sides, after he beat an off side trap set by Aduana. Half time score recorded goalless for both teams, even though Aduana had gained the upper hand and created numerous chances, making several dangerous and threatening incursions into their opponents territory in most part of the first half. Aduana had opportunities to get ahead of their opponents, but these were squandered with lead striker Yahaya Mohammed’s header going off target, many times and surprisingly in the 28th minute after he had been set up by midfielder Elvis Opoku. Wa All Stars attempted to reverse the onslaught from Aduana with counter attacks mainly orchestrated by diminutive midfielder Maxwell Baakoh but this never yielded any positive results due to lack of cohesion and miscalculation. Back after recess, Aduana continued with more determination to score piling on pressure on their counterparts, but Saka’s shot missed some few inches away, from a Richard Mpong’s foul right in front of the penalty box in the 52nd minute. Saka again came very close at scoring in the 83rd minute but the ball grazed the cross bar, after referee Fred Andoh had whistled for a spot kick in favour of Aduana Stars, when one of their players was brought down in a move orchestrated within its opponents danger zone. Aduana Stars determination and resolve to equalise never materialised, although Wa All Stars had soaked pressure and attacks from them, until the tide was turned against Aduana, at the blind side of its defenders, this was well into the final minutes of the game which led Wa All Stars winning their second week fixture.