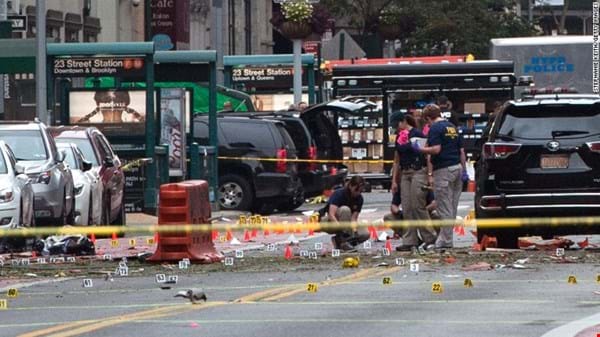 Police are hunting for answers on what caused an explosion that injured 29 people in New York's Chelsea neighborhood, shortly before a second suspicious device was found nearby.

New York City Mayor Bill de Blasio told reporters early indications are that the explosion at 23rd Street and 6th Avenue in Manhattan at about 8.30 p.m. Saturday "was an intentional act."
But, he said, "there's no specific and credible threat against New York City at this time from any terror organization."
Investigators believe the blast was caused by an explosive device in or near a dumpster, a law enforcement source told CNN.
They are looking at surveillance video that appears to show a person near where the explosion occurred, in an attempt to determine if that individual is connected to the blast.
Police have increased security across New York's five boroughs as a precaution, a law enforcement source told CNN.

Suspicious device found nearby
Just blocks away from the explosion, a suspicious device was found at 27th Street, according to multiple local and federal law enforcement officials. 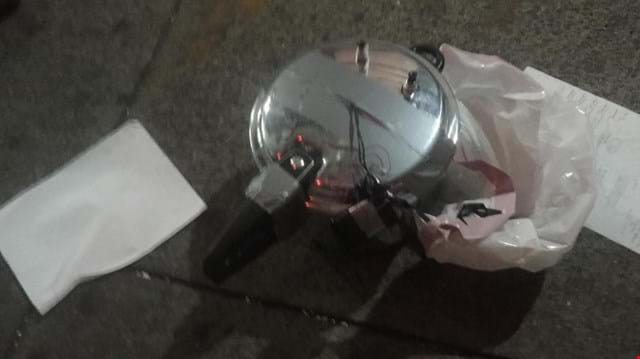 A device at a second location in Chelsea appears to be a pressure cooker, according to multiple local and federal law enforcement officials.
The object was a pressure cooker with dark colored wiring protruding, connected by silver duct tape to what appears to be a cellphone, officials said. A piece of paper with writing on it was found nearby.
None of the officials would say at this point what was inside the pressure cooker, which has since been removed from the scene.
Pressure cookers were used as explosive devices in the Boston Marathon bombing that killed three people and injured more than 260 in 2013.
Police officers and federal agents were scouring the streets with flashlights, robots and dogs early Sunday to ensure there were no other devices in the area. Attention focused on another object in the area, but it turned out to be trash.