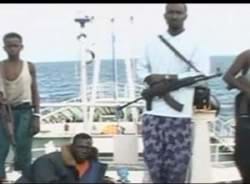 
Four Ghanaians and some other nationals have reportedly been kidnapped by Somali pirates, sources at the ministry of foreign affairs told Xinhua on Saturday. The crew on board an Arabian vessel was reportedly to have been detained by the pirates for the past six months. Their location and reasons for the kidnapping remained unknown. Acting director at the ministry Lawrence Sotah said, in response to a petition by a relative of one of the hostages, the ministry had commenced investigations. “We do not have any information as to what the pirates are demanding because the owners of the ship or the pirates themselves have not put out any information which will be helpful for us to know exactly what they want,” he said. “Ghana’s mission in Saudi Arabia has been contacted to assist,” Sotah said. He said the ministry was working with other international security organization to get to the bottom of the alleged kidnapping.