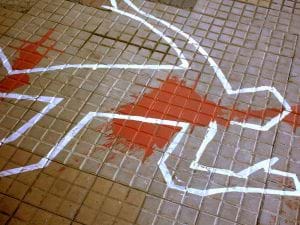 A Ghanaian Businessman has been allegedly murdered in Tanzania, and his mortal remains crudely wrapped in a bag and buried. 43-year old Joseph Oppong Ayeboafo was said to have been lured by some Tanzanians and their Ghanaian accomplice who feigned interest in some cars the victim wanted to trade off; his drink spiked, and later murdered after he handed over the papers of the vehicles to them in the course of the transaction. According to the brother of the deceased, Oppong Brenya, who narrated the incident to PeaceFM News citing police account, Ayeboafo was murdered at Bagamoyo, the home town of the Tanzanian President, Jakaya Kikwete. He said his brother (Joseph Oppong Ayeboafo) called him in the United States of America, where he (Brenya) resides to inform him that he has received the cars he (Brenya) shipped to him, adding that some Tanzanians have expressed interest in buying three of the cars. He further disclosed that when Oppong Ayeboafo went to Tanzania; he lived with the Ghanaian who happened to be serving as the agent for the Tanzanians. He said the Ghanaian has lived in Tanzania for almost 36 years and owes a restaurant, so Oppong Ayeboafo developed some trust for him, especially because he was his fellow countryman. According to Brenya, the Tanzanians and their Ghanaian accomplice then schemed to kill Oppong Ayeboafo so they could “own” the cars. “…they poisoned Oppong Ayeboafo’s drink whiles they were eating and he died in the process,” he alleged. He added that after they had killed his brother, they wrapped his body in a bag and buried it. Mr. Oppong Brenya said the Tanzanian police have so far been able to effect the arrest of four (4) people, including the son of the Ghanaian accomplice, who pointed out to the police where they buried Ayeboafo. “…his body was exhumed on Thursday, September 30...but it seems the authorities are dragging their feet in following up on the case,” he lamented. According to him, it is only one police officer who happens to be a pastor who is really committed to bringing the perpetrators to book, and called on the government Ghana to rise and fight for justice for Ghanaians who are being abused and killed in other countries . “…Ghana does not have a good representative in Tanzania…but the only Ghanaian leader there shed tears when he heard the news and promised to ensure that justice is served,” he said. Meanwhile, the mortal remains of Oppong Ayeboafo will be brought home to Ghana for a befitting burial on Saturday.