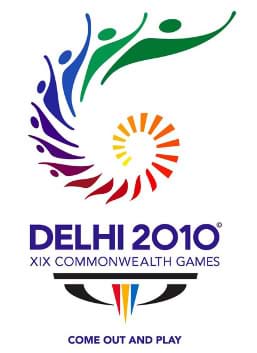 
The 2010 Commonwealth Games have begun with a spectacular opening ceremony in Delhi's Jawaharlal Nehru Stadium. Athletes from the 71 competing nations joined in a parade that began with 2006 hosts Australia and ended with India. Prince Charles and Indian president Pratibha Patil announced the Games open, but organising committee chair Suresh Kalmadi was jeered by the crowd. The build-up to the Games had been blighted by concerns that venues and accommodation may not be completed. However, the glittering opening ceremony, which charted both the heritage and present-day experience of India and featured about 9,000 performers went smoothly. In his speech, Kalmadi stated that India was ready to host the Games despite much-publicised problems in the build-up. "There have been delays and many challenges but we have managed to rise above them all," he said. "Despite the adverse publicity on health, safety, rain and security, all the Commonwealth associations have stood by India as we have put together the biggest Games in Commonwealth history. "India is ready, ready to host the Commonwealth Games." Kalmadi emphasised the legacy that will be left by the Games. It has been estimated that as much as $6bn (£3.8bn) has been spent - 60 times the original estimate when the Games were awarded in 2003 - on infrastructure such as a new airport and metro system. Prince Charles described the staging of the 19th edition of the Games in India as "particularly fitting" as he spoke on behalf of the Queen. His message to the crowd arrived as the Queen's baton completed a 112,000-mile relay that began almost a year ago at Buckingham Palace. There had been reports in the Indian media, denied by British diplomats, that there had been disagreement over whether the prince or President Patil would officially open the Games. In the event Prince Charles declared the Games open, before President Patil finished her speech by saying "let the Games begin" to the accompaniment of fireworks. A vibrant performance of Jiyo, Utho, Bado, Jeeto, the theme song for the Games, by Bollywood's AR Rahman, who composed the music for Slumdog Millionaire, marked the end of the ceremony. The sporting action gets under way with the heats of the women's 200m freestyle swimming at 0830 local time on Monday. Over the course of the following 11 days, 4,300 athletes will compete in 17 sports across 12 venues. The Games, the first to be staged in India, have been dogged by problems with the athletes' village being called "inhospitable" just last week. However, Games officials have worked round the clock to ensure competitions start as scheduled.