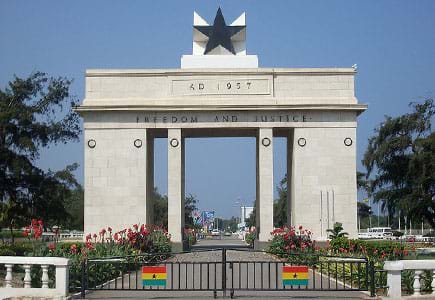 Ghana On The Way Up


Ghana and Vietnam are the star performers in efforts to reach the Millennium Development Goals (MDGs) on cutting poverty and boosting health, a new report from a British think-tank reveals. The Overseas Development Institute (ODI) released the report in London on Tuesday ahead of a UN summit in New York next week which aims to boost efforts to reach the goals. The eight goals were set at the Millennium summit in 2000, but with just five years until the 2015 deadline many experts and aid agencies remain sceptical any of the aims will be met. Ghana had reduced hunger by nearly three-quarters - from 34 percent to nine percent between 1990 and 2004 - an area in which it had outperformed all other countries around the world. According to the report, Ghana is on course to be the first African country to achieve the Millennium goal of halving rates of poverty and hunger by 2015, said the think-tank. Ten African countries - including Ethiopia, Egypt and Angola - had already halved their poverty levels, according to the ODI. But the institute warned: "In other areas progress has been slower, or even reversed, and challenges remain in a number of countries." It highlighted great variations in HIV infection rates across Africa and uneven progress in tackling hunger and poverty across Latin America. The ODI was upbeat in its assessment, however, pointing to notable progress in areas including poverty reduction and access to education. But its report was not without criticism and highlighted some parts of the world where progress was slow. "This report recognises... the real progress that even many of the poorest countries are making," said Mark Suzman, director of policy, advocacy and special initiatives for the Global Development Programme at the Bill & Melinda Gates Foundation. The foundation and the UN Millennium Campaign funded the ODI's research, which examined progress on seven of the eight Millennium goals. Deputy Information Minister Samuel Okudzeto Ablakwa has meanwhile dedicated the report to hardworking Ghanaian farmers who he praised for remaining faithful to the Agricultural sector. He also described the findings of the report as a welcome reward for the collective commitment to the agricultural sector of the country. He indicated that Government was not surprised because the President has constantly said, despite the oil discovery, agriculture will remain a major priority of his Government. Mr. Okudzeto Ablakwa pointed out that already food inflation has been the biggest influence on the overall drop in inflation which has reduced consistently over the last fourteen months. He pointed out that Government policies in the agricultural sector over the years appears to be yielding positive results and this particular ODI report will encourage Government to deepen these interventions. He reminded Ghanaians that already interventions such as fertilizer subsidies, guarantee markets administered by the National Food Buffer Stock Company, tractor support, irrigation projects and agric mechanization service centres across the country have substantially increased production. He said for example in 2009 rice production went up by 30%, whiles maize production went up by 10%. Mr. Okudzeto Ablakwa pointed out the report is certainly a boost to Ghana coming just a few days to the 66th session of the United Nations to be held in New York which is expected to hold a high level side-event organized by the UN Regional Commissions on the theme: "The Millennium Development Goals: A Decade of Achievements and Challenges at the Regional Level" on Monday, 20 September 2010. Mr. Okudzeto Ablakwa indicated that Ghana's delegation will be led by the Honourable Foreign Minister Alhaji Muhammed Mumuni. He stressed however that more work was required in meeting the other targets and pledged Government's commitment towards this end.