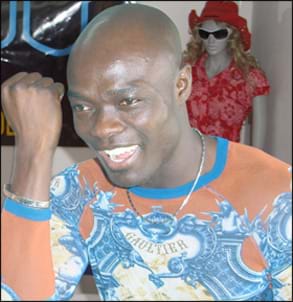 
Fifty-six models who recently participated in the first ever international fashion show at the Accra International Conference Center are threatening court action against the Chief Executive Officer of Exopa, a modeling agency. They alleged that Ibrahim Sima owed each of them GH¢ 500 for participating in the show which ran from July 1 to 4, this year. Dubbed, Exopa Fashion, the show featured a popular Ghanaian Hollywood actor and fashion designer Boris Kudjo and his wife. A spokesperson for the models, who pleaded anonymity, told the ‘Times’ that Sima appeared determined not to pay them although he had signed a contract with them. She said many appeals to him to fulfill his part of the contract failed, hence, the decision to take him to court. According to the spokesperson, when they put pressure on him, Sima travelled to Germany and returned later but still ignored them. She said Sima’s arrest in connection with the alleged cocaine possession surprised them “because we were at the time consulting a lawyer to serve him for deceiving us”. “We are still talking to our lawyer on the way forward.” Sima, 39, was arrested at the Kotoka International Airport on September 7, this year when going through pre-departure formalities for a flight to Germany. According to security sources, four tubers of yam which were part of Sima’s luggage, were found stuffed with whitish substances when he was about to board a Lufthansa flight. The source said during a random check the yams were detected to have been cut and rejoined. This aroused the curiosity of security officers who, upon opening up the yams found them hollow and filled with white substances suspected o be cocaine weighing five kilogram’s. The source said Sima, when interrogated mentioned one Salifu at Nima as the person who gave the yams to him to be given to a friend I Germany.