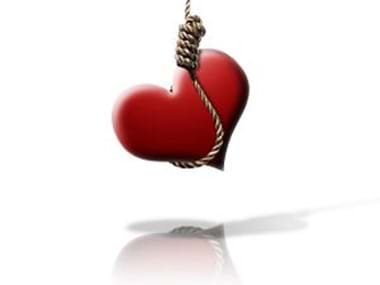 
A 13-year-old school girl who lived at Anaji Estate, a suburb of Takoradi, has allegedly hanged herself with a sponge. The girl tied the sponge to a metal bar outside a room. The body of Abigail Essel has since been deposited at the Effia Nkwanta Regional Hospital mortuary in Sekondi awaiting autopsy, while police investigations are underway. According to Dela Dzansi, Takoradi District Police Commander, on Tuesday, 14th September 2010, Madam Beatrice Afful, an officer of the Customs, Excise and Preventive Service (CEPS), who usually asked the deceased to help with her house chores, reported the case to the police. On the fateful day, Beatrice, who was at her workplace, called her landlady, Mercy Sampson in the afternoon to ask Abigail to heat some stew in the refrigerator for her. The landlady went into the sitting room of the CEPS lady but could not find Abigail. Upon combing the building, she saw that the girl had allegedly hanged herself on a ‘net sponge’ tied to the burglar-proof outside the window of the room. The landlady immediately informed Beatrice who rushed home to find Abigail hanging and reported the case to the Effiakuma Police. The following day, however, Beatrice informed the police of a note she found in the room purported to have been written by Abigail before she committed suicide. The note, according to the police, indicated that the deceased was frequently insulted by one Auntie Sophia Sampson, a colleague CEPS officer and friend of Beatrice Afful’s. Abigail added that Auntie Sophia also accused her of stealing her phone charger and TiGo units, though she did not do so. She stated in the note that Madam Beatrice Afful had also accused her on various occasion of chasing boys, an allegation she flatly refuted in the note which she concluded with "GOOD BYE" in capital letters.