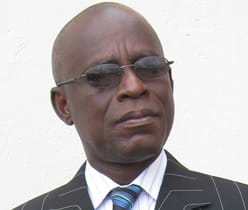 
The Chairman of the National Media Commission (NMC), Mr Kabral Blay-Amihere has expressed disquiet about the charging of Ato Kwamena Dadzie. The Joy FM Acting news editor has been charged under section 208 of the criminal code for false publication intended to cause fear and harm. But the NMC Chairman said a country that prides itself of having the freest media in Africa cannot be seen to be resorting to the use of such draconian laws to suppress the media. He said the country did not achieve that enviable reputation by criminalising freedom of expression. The General Secretary of the Ghana Journalists Association (GJA), Mr Bright Blewu said he was utterly shocked by the turn of events. He said the GJA was calling an emergency meeting to discuss the matter. Mr Blewu said he was confident the Attorney-General's office, to which the case has been referred, will throw the case out because in his view the issue does warrant the intervention of the police. The Executive Secretary of the West Africa for Media Foundation has urged patrons of press freedom to rise up against what he describes as increasing criminalization of comments by media practitioners. According to Prof Kwame Karikari, the trend does not augur well for the country’s young democracy. His statement comes after Ato Kwamena Dadzie, Acting News Editor of Joy FM was charged under section 208 of the criminal code for false publication intended to cause fear and harm. He would be prosecuted after he refused to disclose sources of a news story the station aired a few days ago in which it was reported that members of the Ghana Real Estate Development Agency (GREDA) received threatening text messages to back down on their opposition to a $10 billion housing project that government had entered into with Korea construction firm STX. Dadzie is due for court on Wednesday. But in a reaction, the ace journalist and media consultant Prof Karikari told Super Morning Show host Kojo Oppong Nkrumah the charge is not in the best interest of the country. “For us advocates of press freedom, the critical issue for us here is the sudden use of this particular legislation against the media,” he said citing the example of a similar charge against an NPP activist who was charged under the same law a few months ago. "If a radio station like Joy FM whose reputation every body knows is charged under a law like that then the threat of this law [undermining] press freedom is quite real,” he added. He thought that a government statement dismissing the story was enough as a rebuttal, “but beyond that for the news organization and the journalist to be arraigned before court on this criminal charge, it's not good faith enough on the part of the Ministry of Information in terms of promoting press freedom. He called on government to rethink its position on the use of this law. “It is a bad law for press freedom. It is a bad law for free expression,” he emphasized. He also expressed surprise at the seeming discrimination of the use of the law, given that Mathew Opoku Prempeh, MP for Manhyia has also made similar allegations for which Dadzie has been hauled before court nothing happened to him (Opoku-Prempeh).