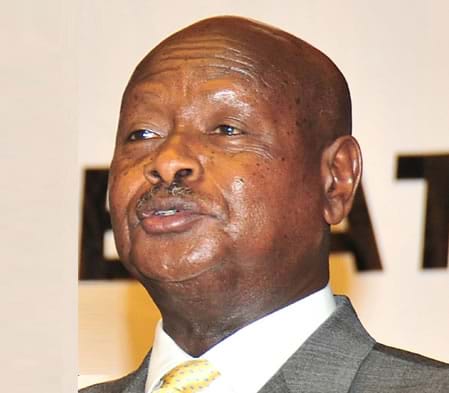 
President Yoweri Museveni on Saturday said Uganda has a right to attack the al Shabaab terrorists in self-defence. The President said by attacking and bombing civilians in Kampala, al Shabaab had committed an act of aggression against Uganda. In a statement released to the media on Saturday , Mr Museveni said: “ The cowardly act of attacking our merry-making non-combatants on July 11, 2010, will make their situation worse.” “In the past, we were only guarding the three installations as per the AU Force mandate. These reactionary groups have now committed aggression against our country. We have a right of self-defence. We shall now go for them.” Saluting fighters “I congratulate the heroic fighters of the UPDF and, particularly, their commanders on the ground: Maj. Gen. Nathan Mugisha, Col. Ondoga, Lt. Col. Chemo, etc. I also salute our Barundi compatriots for their courage and Pan-Africanism,” he said Mr Museveni, who describes the al Shabaab as agents of mindless, cowardly Middle-eastern terrorism, said they will be defeated because they push for foreign interests. “The UPDF will continue to punish these agents of foreign interests if they dare again to attack the positions of the AU Forces, flying the flag of Africa,” he said On Friday, the Africa Union Commission chairman, Mr. Jean Ping said they would present a proposal to the heads of state to give the peacekeepers a new mandate to attack the al Shabaab fighters in Somalia. Way forward In view of President Museveni’s comments it’s not clear whether Uganda will go ahead to attack al Shabaab whether or not their peacekeeping mandate is changed to peace enforcing in Somalia. The al Shabaab claimed responsibility for the July 11 Kampala bomb attacks that left at least 84 people dead and over 50 others injured. Mr Museveni, in his statement said, the UPDF peacekeepers in Somalia have this week killed scores of the al Shabaab fighters. He said among the dead were white-skinned people. “Africa should interest itself in knowing where those white-skinned people are coming from,” Museveni said.