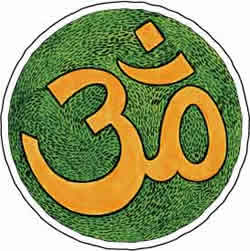 Hinduism is generally regarded as the world's oldest organized religion. It traces its origins to the religions roots to the Indus valley civilizations cira 4000 to 2200 BC. It is widely thought that the development of Hinduism is the mingling of the beliefs of Vedism, with those of the indigenous Indus Valley inhabitants. Most forms of Hinduism are henotheistic religions. i.e the worshipping of a single supreme god while accepting the existence or possible existence of other deities(gods and goddesses)as manifestations or aspect of the supreme God. Hindus speak of their religion as "Sanatan Dharm" or the True Teachings. The Hindu sacred literature is divided into two kinds; the Sruti or revealed and Smrti or remembered. Morality in Hinduism is governed by the Law of Dharma (Moral order or right conduct) To be continued... This Article Originated from Religious Founders Day(Theme: Establishing Peace Through Religions)symposium organised and hosted by the Ahmadiyya Muslim Jamaat in New Zealand on the 13th of November 2010