Remain calm until results are declared – Kofi Annan to candidates 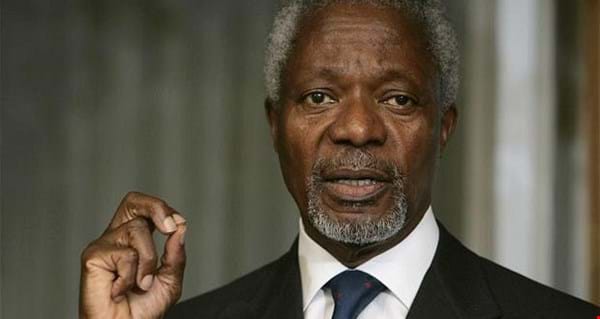 Former Secretary General of UN, Kofi Annan has called on presidential candidates to remain calm until the announcement of the final results by the Electoral Commission.

According to him, “there is no reason for incitement.

"EC conducted good election Kofi Annan in a statement also congratulated the Electoral Commission and its staff for “conducting a good election on 7 December, worthy of our democratic tradition.”

“I also applaud the support and the diligence of the electoral observers– national and international,”he added. According to him, “ the people of Ghana are waiting and watching, let’s not disappoint them.”

Kofi Annan further congratulated the five candidates who had already conceded defeat “in light of the preliminary results and clear trends.”

“In the spirit of democracy, I call on the losers to concede as quickly as possible to defuse tensions and allay uncertainties,” he added.