Rawlings Should Not Be Mills’ Priority-Frances Essiam 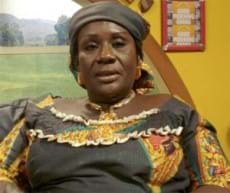 
A former national women’s organiser of the National Democratic Congress (NDC) Frances Essiam has told Ghana’s President John Evans Atta Mills not to be swayed by comments from ex-president JJ Rawlings’ quarters at the expense of the nation. The former president and his aides have flaked President Mills in particular and some top government officials of relegating him to the background in a party he founded as well as resorting to sections of the media to bring him down. However, Essiam, who defected from the NDC then in opposition and crossed carpet to the defunct Democratic Freedom Party (DFP) told Citi Eyewitness News on Friday that the government must not allow the NDC’s internal wrangling to divert its attention from pressing national issues. Conversely, Essiam, who is presently an aspiring member of parliament on the ticket of the main opposition New Patriotic Party (NPP) called on the bigwigs of the ruling party to put their heads together to handle the Rawlings issue effectively and maturely. “Some of the political aparachikis i. e party communicators and appointees keep saying he’s their founder,” she said. “So why are these contradictory statements and abusive languages being made in public? ” “I’m saying that the seniors in the party must come down; find a [solution] between the former president and the party… In conflict resolution dialogue is the bottom line,” she added. Essiam claimed NDC members are doing a great disservice to themselves by dragging their founder in the mud while they help to improve the popularity of the opposition major candidate Nana Akufo-Addo.