The Democratic Freedom Party (DFP) on Saturday officially abrogated its 2008 electoral pact with the opposition New Patriotic Party (NPP) and merged with the ru... 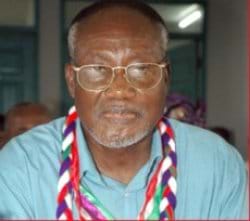 ©Obed Asamoah
Share This
Article:
Font size:
Write a Comment Report
Print
The Democratic Freedom Party (DFP) on Saturday officially abrogated its 2008 electoral pact with the opposition New Patriotic Party (NPP) and merged with the ruling National Democratic Congress (NDC). “In accordance with article 49 of the DFP constitution, we move the motion for the merger of DFP with the NDC and wish to remind all that the decision to support NPP Presidential Candidate in Elections 2008 was taken under this provision. ” “It is true that the NPP has elected Nana Addo Dankwa Akufo Addo again as its Flag bearer for Elections 2012, but significantly, the raison d’être of our departure from the NDC has evaporated,” Dr Yao Obed Asamoah DFP Life Patron stated at an extra-ordinary and expanded National Executive Committee meeting in Accra. The meeting was held to deliberate on developments in the party and formally adopt a report on the NDC and DFP merger talks. Dr Asamoah who in 2006 led some members of the NDC including leading personalities to form the DFP acknowledged that even though the decision of the party to merge with the NDC had received overwhelming support, there have been some cries of dissent. He said the dissenting minority would not weaken their resolve or determination, but would spur them on to work harder for success. He said ”contrary to other opinions our decision was not predicated on the prospects of wealth or power. Our decision, on the contrary is one of courage and commitment given that our spirit can best be at home in a structure we helped to build. ” “Let us go back to the NDC with a spirit of forgiveness, dedication and service,” adding that “the DFP had elements from diverse political groups although the leadership and membership was largely from the NDC stock. ” “We will understand if those members of non-NDC stock wish to retrace their roots. That is a democratic choice they must be allowed to make but they cannot be allowed to frustrate the will of the majority,” Dr Asamoah said. Dr Asamoah debunked the perception that the departure from the NDC was based on the election of Professor Evans Atta Mills as the party’s flag bearer. Mr Johnson Asiedu Nketiah, the General Secretary of the NDC, recounted the contribution of former NDC members who formed the DFP and said the merger was a “warm home coming”. He assured the rank and file that the new wind of change in the NDC especially the deepening of internal democratic principles has come to stay. He said “you are principled people, you left NDC due to your abhorrence of abuse, insults, vilification, lies and intemperate language in political discourse. The reason that forced you out of the NDC no longer exists, I would have been surprised if you had continued to stay outside. ..” The formation of the DFP was first announced by Dr Asamoah, former National chairman of the NDC, in February 2006 due to the differences he had with the NDC founder and former President Jerry John Rawlings. On October 20, 2006, the Electoral Commission presented the final electoral certificate to the party to operate as a political party under the 1992 Constitution and in accordance with the Political Parties Act. The ceremony marked the conclusion of the process for authorization to operate as a legitimate political party, organise a national congress, to elect officials to manage affairs of the party and to actively participate in multi-party democratic practices in the country. The DFP’s aim was to bring together like-minded people for the purpose of galvanizing all Ghanaians who have virtually lost hope and confidence in the political establishment in the country.
Tags :
Science Technology Business Lifestyle 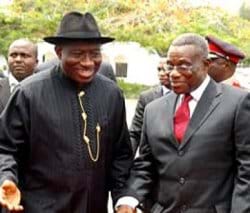 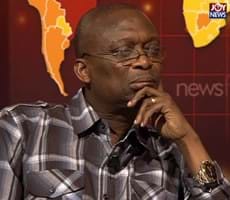