NPP Is A Tribal Ashanti Party, Not An Akan Party-Akyena Brentuo 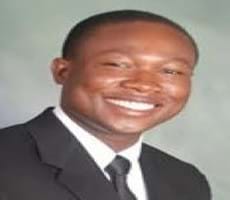 A member of the communications team of the ruling National Democratic Congress (NDC) Benjamin Akyena Brentuo has described the opposition New Patriotic Party (NPP) as an Ashanti party and not an Akan party.

According to him, the NPP is only creating an impression to be an Akan party just to get the needed votes from the Akan dominated areas ahead of the 2012 general elections.

Whilst the NPP is struggling to defuse the Akan tag the NDC has branded it to give the party an ethnic and geographical balance it needs, the party is also reported to have been divided between the Ashantis and Akyems after a stiff competition between Alan Kyeremanten who belongs to the Ashanti faction and Nana Addo Dankwa Akufo-Addo, an Akyem in the 2007 flag-bearership race.

What seems to have compounded the problem is the infamous ‘yen akan fo’ statement made by the party’s flag-bearer, Nana Akufo-Addo a couple of months ago.

The NDC therefore felt vindicated on their claim that the NPP is indeed an Akan party.

On the contrary, Benjamin Akyena Brentuo on Asempa FM’s Ekosii Sen programme Monday, said the Akan tag on the NPP is inappropriate considering the party’s tradition and its roots in the Ashanti region.

He stated that constant rife between the Ashantis and Akyems fighting for supremacy in the party juxtapose his claim.

He alleged that the Ashanti caucus in the NPP also contributed to the massive defeat of the party in the 2008 elections because their preferred candidate Alan Kyerematen lost to Nana Akufo-Addo who is an Akyem.

Akyena Brentuo observed that the Ashanti agenda is very strong in the NPP that even the Akyems led by party's flagbearer Nana Akufo-Addo cannot control it.

“They (Ashantis) are just fulfilling the agenda of the people who truly founded the party. It is an Ashanti agenda and even the Akyems are struggling to have their hold on it,” he opined.

The NDC youth activist could not fathom why the other tribes like the Ga-Dangmes, Ewes and Northerners in the NPP remain unconcerned about their positions in the party and are rather playing to the gallery.

He believes the non-Akans in the NPP are just complements in the party’s bid to emerge as a national party and not to have any of them as its flagbearer.

“I am so surprised that the Northerners and Ga’s (in the NPP) would sit unconcerned and pretend this is not an issue and rather come out to defend it,” Akyena lamented.