I Have Not Resigned Says Bawumia 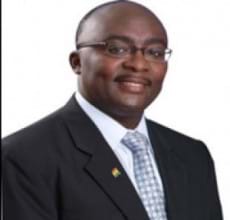 Dr. Mahamudu Bawumia, the man who partnered Nana Addo Dankwa Akufo-Addo in the 2008 general elections has denied media report that he has resigned his position as the country representative for the African Development Bank in Zimbabwe. The former deputy Governor of the Bank of Ghana whose one year contract with ADB has four weeks to expire said he has not yet tendered in his resignation as the media was widely made to report. Last week sources close to Dr Bawumia informed the media that he has resigned his position as ADB representative for Zimbabwe. He has, however, denied the report, stating that “I have not resigned from my job at the African Development Bank. ” This was contained in a letter dated 16th December 2011 and signed by Dr. Bawumia himself. The NPP presidential candidate Nana Akufo-Addo is preparing to name his running mate soon and deputy Minority leader Ambrose Dery and Dr Bawumia are the forerunners.