NPP are Enemies of Progress | Quarshigah 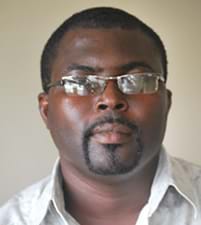 
The Propaganda Secretary of the ruling National Democratic Congress says the intransigent position of the NPP on the STX deal is consistent with the party's philosophy - opposing anything that is good for Ghana. Richard Quashiga told Joy FM’s Stephen Anti the “NPP’s harsh hostilities towards the STX project though unfortunate, is understandable.” “It was a similar posture adopted by their forebears when Kwame Nkrumah was constructing the Akosombo Dam and some other development projects in this country way back in the 60s,” he chided. “The NPP has an attitude and that attitude is to oppose anything that is good for this country,” he added. His comments come after hints by the NPP that it will reject the STX deal in Parliament if government fails to make the necessary amendments. Dominic Nitiwul, MP for Bimbilla says the comments by the Propaganda Secretary were unfounded and regrettable. He said contrary to the views by Richard Quashigah the Minority only two days ago approved a $50 million loan agreement for the renovation of barracks for the military. That agreement, he said, had value for money and was in the best interest of the country and so was supported fully by the Minority. On the contrary, Mr Nitiwul said the off-taker agreement on the STX deal which has been brought to Parliament again for ratification has not addressed the concerns raised by the minority. He said government still has no idea the real cost per unit of the houses to be built, an arrangement he said is not in the interest of the country. Mr. Nitiwul insisted that the Minority will oppose the bill in its current state. Meanwhile the NDC will make an official statement about the NPP’s opposition to the STX deal, says Quashigah.