Nana Konadu would be “insignificant” in Nov elections – Omane Boamah 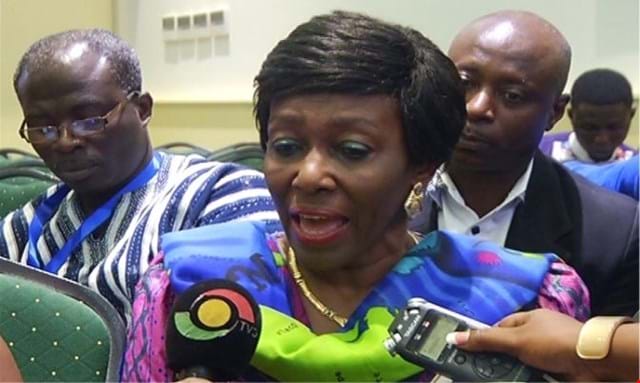 The Communications Minister was speaking on Metro TV’s Good Evening Ghana program where he indicated that due to the heavy investment by President Mahama’s in infrastructure, health, education etc Ghanaians would give him the mandate for the next four years.

He further indicated that based on the “good works” of the president, Nana Konadu’s efforts at getting on the ballot paper in this year’s elections and her rhetoric’s about President Mahama’s governance style would not impact the elections in any way.

His comments come a few days after the NDP founder chastised the management style of the President at her party’s congress. She runs unopposed and was given the mandate to lead the party into the November elections.

The NDP is a breakaway from the NDC after the former first lady was not named as the running mate of the late president John Mills. She broke away and formed her party but failed to make it onto the ballot paper in the 2012 elections.