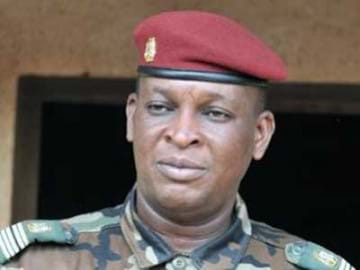 
Guinea’s interim leader, General Sekouba Konate, is demanding the electoral commission set a new date for the presidential runoff election, which was postponed last week. In a speech Tuesday, Mr. Konate said he “would not accept” a second postponement of the poll. Presidential candidates Cellou Dalein Diallo and Alpha Conde were present for the speech, along with other top politicians and officials. Mr. Konate emphasized the army does not want to stay in power or come back to power after the election. The election was originally set for last Sunday. But Guinea’s electoral commission postponed it after allegations of fraud, the death of the commission president and fighting between the two candidates’ supporters. The vote is intended to transition the resource-rich West African nation back to civilian rule after nearly two years of a military junta. The international community, including the United Nations and other West African leaders, have called on Guinea to set a new date as soon as possible. Diallo led all candidates in the first round of voting with 44 percent. Conde was second with 18 percent. Guinea’s military leaders have promised the presidential election will be the country’s first free and fair vote since the country won independence from France in 1958.