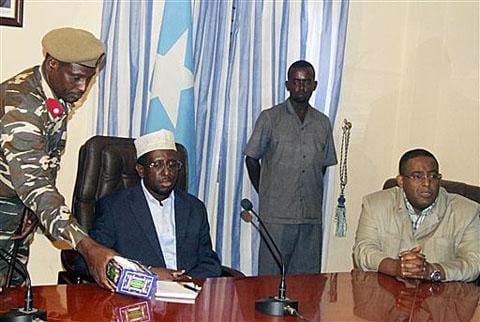 The prime minister of Somalia's Transitional Federal Government has resigned, bringing an end to months of dispute that has further weakened the U.N.-backed administration in Mogadishu. Somali Prime Minister Omar bdirashid Ali Sharmarke said he was stepping down from office because he was unable to work out the differences he had with President Sharif Sheik Ahmed. Mr. Sharmarke said he made the decision to resign after considering the political turmoil and growing insecurity caused by their dispute. President Sharif called Mr. Sharmarke's decision "courageous," and promised to nominate a new prime minister in the coming days.