Ensure Nduom Does Not Go Solo 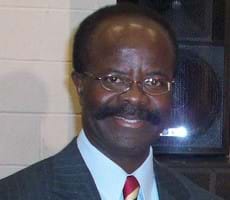 The National Youth Organiser of the Convention People's Party (CPP), Murtala Mohammed, is calling the national executives and the party's chairperson to ensure that the 2008 presidential candidate, Dr Paa Kwesi Nduom, does not stand as an independent candidate in 2012 presidential election. He said the party could not afford at this transitional moment to lose members, particularly those with great influence in the party. “Any member who leaves will be at a disadvantage and it will be a big blow to the growth of the party. Even if he or she is a party supporter, it would negatively affect the party,” he said. In an interview with Daily Graphic, he said the youth in the 10 regions were really not in support of the decision of the party's executive to treat the issue as irrelevant and unimportant and said, “it is not good for the party”. The youth organiser emphasised that although the party's existence was not dependent on individuals, they contributed massively in the achievement of the party's visions and objectives. He stated, “we must see every member of the party as a potential and a strong contributor to the growth of the CPP. The concerns of the youth who are the future leaders of the party must not be trivialised. ” He urged the leaders to iron out their differences with the other members of the party to create a peaceful atmosphere as the party heads towards its presidential primaries early next year. Dr Nduom has been accused of being behind calls for an early congress to elect a flag bearer for the party. Dr Nduom decided to take a back seat role to pave way for other aspirants to campaign and to avoid being tagged as the brain behind the party's problems.