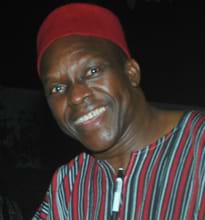 
Mr. Jee Hyung Hak, Korean Ambassador to Ghana on Thursday September 16, commended the Government of Ghana for its decision to engage Korean companies in the provision of 2,000 Housing Units Ghana under the STX housing Project. The Project, he said, would not only provide adequate accommodation to Ghanaian workers, but would also create jobs for a number of artisans in the country. Mr. Hak gave this commendation when he led a five-member delegation from Samsung Company Limited of Korea to express their interest in building a deep-sea port at the Cape Three Points oil-rich areas of the Western Region. He said although the bill went through stages of debate in Parliament, "We are all happy that the project will be officially signed on Monday, September 20 for work to commence." The deal which would be signed by Mr. Alban Kingsford Sumana Bagbin, Minister of Water Resources, Works and Housing on behalf of Government, would ease the acute accommodation shortage among Ghanaian workers, particularly among the security services. The Ambassador expressed delight that the Korean government was partnering the Government of Ghana to provide adequate accommodation to Ghanaians and promised the project would be speedily discharged with sufficient quality to meet deadlines.