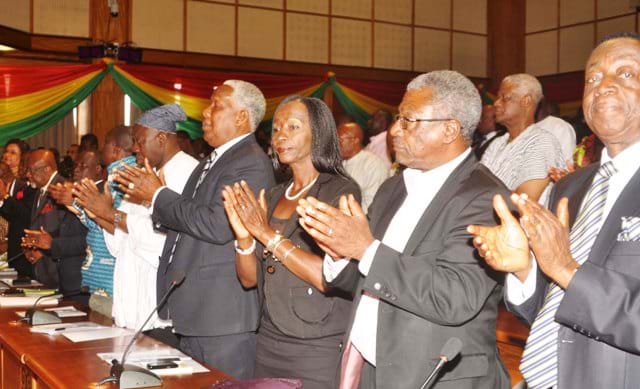 Government would re-organize and effectively coordinate all the social interventions to make them more viable and avoid duplication on the ground, President John Dramani Mahama has announced. “Government is working out to coordinate all programmes that seek to protect society and we will continue to monitor events so that at the end of the day we can evaluate their performance and impact on society.” President Mahama, who was presenting a statement dubbed: “Critical Policy Actions” for the last quarter of the year in Accra said, the step was also to avoid duplication of various social interventions in some communities throughout the country. He mentioned some of the programmes as Local Enterprise and Skills Development Programme (LESDEP), Livelihood Empowerment Against Poverty (LEAP), Ghana Poverty Reduction Strategy among others that would be well coordinated to ensure full benefits. President Mahama said a monitoring system had been put in place to assess those who had been able to climb out of the poverty levels under the social interventions and to advise on how future programmes could be executed to chalk the desired success and benefits to the communities and individuals.

The President also promised to effectively implement the school feeding programme and the Capitation Grant, which were expected to have rippling effects on school enrolment, sustainability and better results at their final examinations. The President said government would also strengthen institutions that would implement those programmes for the betterment of all Ghanaians irrespective of their geographical location. He said the provision of water would be given maximum attention, particularly as urban water was becoming a major challenge to government, adding “While there have been tremendous improvement in water provision in the rural areas, the reverse is the truth in the urban areas and that is an area government will step up its activities to cover in the coming months.”

President Mahama called on all stakeholders to brace up towards the scaling up of various social programmes to help improve on the lives of all Ghanaians irrespective of wherever they found themselves in society.