Ghana Is A Nation In Crisis Akufo-Addo 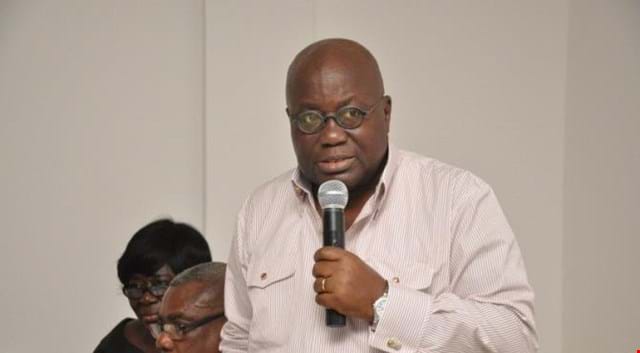 The real state of Ghana is that of a “nation in crisis,” opposition leader Nana Addo Dankwa Akufo-Addo claims.

Speaking at an event to counter President John Dramani Mahama’s State of the Nation Address last Thursday, the flagbearer of the New Patriotic Party (NPP) stated “Ghana is now at a high risk of debt distress. Government increased the debt stock from GHc9.5 (2008) to GHc99B currently.”

“The economy is on a reverse trend,” Nana Addo noted. “In dollar terms, this NDC Government has borrowed some US$37 Billion in seven years. Last year, interest payments amounted to more than GHc9.6 billion, more than the total debt stock of GHc9.5 billion at the end of 2008.”

The former Foreign Affairs Minister told a gathering of party aficionado and the press that the Mahama administration’s level of borrowing has hit “73% of GDP which is beyond the threshold of debt sustainability.”

“It is obvious the President did not want to tell us the true State of the Ghanaian Economy. This is the good-news-story-telling President.”

According to him, Mahama is hiding the truth from Ghanaians because “factual account stories do not interest him. If they did, he would have told us that economic growth for 2015 is projected at 4.1. and for the IMF at 3.5.”

He stressed that the nation is in a state of crisis because several sectors such as the fisheries industry among others have collapsed.