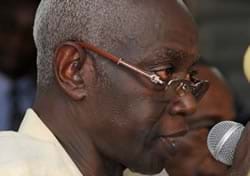 
The Acting Director of Public Affairs, Electoral Commission (EC), Christian Owusu Parry, has disclosed that the commission will start the biometric voter registration in March, 2012. The introduction of the biometric registration in 2012 elections, according to the commission, was to help check double registration and eliminate ghost names in the voters’ register. The EC would acquire the biometric voter equipment by February 2012, Parry Owusu said. In an interview with Daily Guide, he said the EC would soon roll out sensitization programmes including media education, early January, on the various radio and television stations to inform the electorate on election 2012. Commenting on the use of biometric registration and verification at the polling station, Mr. Parry said the use of biometric verification equipment alone would not be able to totally check election fraud at the polling stations, adding that vigilance was required from everybody in order to monitor the system. However, he said the EC was ready to add the verification to the biometric registration process only if government made the funds available for the purchase of the equipment. Dr. Kwadwo Afari Gyan-led EC has already sent a budget proposal to government to make provision for an amount of US$20 million as the cost involved in undertaking the exercise. Mr. Owusu Parry debunked the assertion that the EC was going around begging for money to acquire the biometric equipment for the registration. He told Daily Guide that no institution had donated any money to the EC to run the elections. “If we are short of funds, it will be the sole responsibility of the government to provide us with the money. We don’t have to go and beg for money. It is not true that the EC is begging for money. Once we have made a budget to the government, definitely the money would be made available to us.” Meanwhile, the New Patriotic Party and religious leaders in the country have called on government to support the biometric registration process including the verification, by providing all the necessary funds to the EC. They believed this was a major way of ensuring free, fair and transparent elections in 2012 and also aid in avoiding or reducing post election conflicts since the equipment could reduce fraud associated with election outcomes if used effectively. But the ruling National Democratic Congress has objected to the electronic verification system and cited various reasons, raising doubts about its commitment to ensure free and fair elections in 2012.