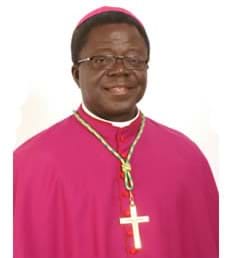 
The president of the Ghana Catholic Bishops Conference, Right Rev. Joseph Osei Bonsu, has debunked allegations by some members of the ruling NDC that the body is pro-NPP.

The Ghana Catholic Bishops over the weekend added its voice to the call for a verification mechanism in the biometric registration for the 2012 general elections.

It also called on government to immediately abolish the Computerised School Selection and Placement System due to what it termed “corruption, ineffectiveness and confusion” that has engulfed the system.

The position of the conference has, however, been interpreted by some NDC members as taking a political stance in favour of the main opposition party.

Speaking to Citi News on Tuesday, Right Rev. Bonsu said the reproach by the NDC will not deter the conference from expressing its views.

He said as a non-partisan conference of Catholic bishops, the conference has an obligation to speak on all matters affecting national development including politics. “The conference has always been courageous in speaking its mind," he noted.

He added: "Whenever there is something we think is not right we speak it whether NPP or NDC, people may not agree with us, but what we think is right we will always stand by it. ”