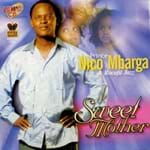 Born January 1 1950 Died June 24 1997 Musician Born to a Nigerian mother and a Cameroonian father on Jan 1, 1950 in Abakaliki, Nigeria, Prince Nico embraced the musical traditions of both cultures. Prince Nico's music was inspired by the five years he spent in Cameroon during the Nigerian Civil War in the late 1960's. He played the xylophone, conga, drums, and electric guitar in school bands and he made his professional debut as a member of a hotel band, the Melody Orchestra, in 1970. He formed his own group, Rocafil Jazz, after returning to Nigeria two years later and performed regularly at the Naza Hotel in Onitsha. In 1973, Nico and his group released a single which was met with little fanfare but their second single, "I No Go Marry My Papa," became a regional hit. The band's inability to break past their regional following resulted in their recording contract being dropped by EMI. The band later signed with another label "Rogers All Stars". EMI had turned down the demo-tape of "Sweet Mother" in 1974, citing its childish appeal as reason. Prince Nico then headed for Decca, another recording giant, and was again rejected. In December of 1976, Rogers All Stars, a recording company in Anambra State, recorded the album. In 1976, Prince Nico and his band, Rocafil Jazz, released the biggest African hit ever, the classic "Sweet Mother" . The album soon became a national anthem, largely because of its emphasis of motherhood and its brilliant fusion of Cameroonian, Nigerian, and Zairean styles (highlife and Congo music). "Sweet Mother" sold over 13 million copies, was sung in Pidgin English and by the end of the 1970's Prince Nico's influence was going international and reshaping the music of some Ghanaian and Caribbean bands. For the next six years, Prince Nico and Rocafil Jazz recorded nine albums. In 1982, Prince Nico relocated to England where his act featured flamboyant, rock inspired performances. He continued to appear with the Rocafil Jazz but also performed with London-based highlife band the Ivory Coasters and Cameroonian vocalist Louisiana Tilda. When he returned to Nigeria he launched his own record label. Prince Nico and the original members of Rocafil Jazz separated after several Cameroon-born members were deported. He later formed the New Rocafil Jazz Band but he failed to match his early success. He left music and turned his attention to managing the two hotels that he owned, Hotel Calabar and the Sweet Mother Hotel. On 24 June 1997, a motorcycle accident silenced forever the voice of Prince Nico Mbarga of 'Sweet Mother' fame. Sweet Mother continues to be the most popular song amongst Nigerians, young and old. Adieu, Prince Nico