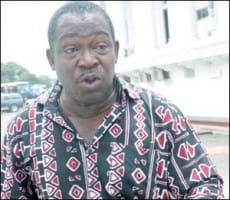 Junior nurses and midwives at the Komfo Anokye Teaching Hospital (KATH) In Kumasi have urged President Atta Mills to sack the deputy Minister of Health, Rojo Mettle Nunoo. According to the nurses who embarked on a demonstration on Monday to register the non-payment of their salaries, Mr. Mettle-Nunoo ought to be sacked because his reaction to their action was in bad taste and reckless as well. Mr. Mettle Nunoo described their action as a “complete nonsense” when he granted a phone interview to Hello FM, a Kumasi based radio station on Monday evening to comment on the demonstration staged by the newly-recruited nurses and midwives. The deputy Health Minister, a communication specialist, categorically emphasized that he found it difficult to fathom why the media should listen to the “nonsense of the junior nurses and midwives”. According to him, the striking junior nurses and midwives had committed an illegality by their action. He explained that the nurses did not have the moral backing to stage a demonstration because they had not been registered by the General Council of Nurses and Midwives. “They have not even written their residential exams to become nurses and midwives, they are interns so if they think their allowance is not enough, they should fight for that instead. “… It is different if you are working with someone and he decides to top up your allowance … It is nonsense for them to go to the Labour Commission because they are not (officially) employed and they do not have appointment letters,” he added. He indicated that the nurses did not even have a pin code, a basic requirement for engagement in the health service and therefore could not bargain. Noting that he was surprised about the action of the discontented junior nurses and midwives, the deputy Health Minister noted, “Instead of you thinking about how to pass your exams, get registered and have a pin code, you are there demonstrating”.Reacting to the comments spokesperson for the nurses Enoch Agyapong made, the deputy Health Minister said those comments only confirmed his (Enoch’s) lack of knowledge in his assigned position. Stating that they were expecting the deputy Health Minister to be deep-thinking and not shallow minded on the matter, the spokesperson noted that they had not only passed their exams but had been fully registered with the General Nurses and Midwives Council. He disclosed that they had been given their pin codes and were therefore qualified under the health service regulations to bargain as a collective group for better conditions of service. “If the deputy minister says that we are not recognized because we do not have certificate and pin code, why did they accept to negotiate with us when we started with our agitations?” Mr. Agyapong asked. He noted that Mr. Mettle Nunoo had amply demonstrated that he was unfit to serve as a deputy Health Minister and therefore deserved to be sacked for a more competent and cultured person to take over. The spokesperson warned that the association would embark on an indefinite strike action today should government fail to dissociate itself from the disparaging comments of the deputy health minister. Healthcare delivery at KATH virtually came to a standstill on Monday when newly recruited nurses and midwives at the hospital staged a demonstration to express their displeasure over the government’s failure to pay them their salaries. According to the nurses and midwives, though they had been working for the past 20 months at the hospital, government had failed to pay them.They claimed that several attempts to get their salaries from government had not yielded any positive results and that they had been compelled to fend for themselves with the paltry sum of GH¢47 monthly allowances given them by the hospital.

Strains of Covid-19 discovered so far 51

Coronavirus: What misinformation has spread in Africa? 30