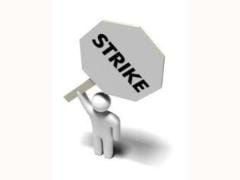 Pharmacists at the Central Regional Hospital (CRH) in Cape Coast have joined their colleagues in the Government and Hospital Pharmacists Association (GHOSPA) on a nationwide strike which began on Tuesday, September 4. When the GNA visited the hospital on Thursday at about 11:30hrs, the Out Patient's Department was filled with patients who were being attended to by doctors but patients had to buy drugs outside the hospital after seeing the doctor.

The Head of Pharmacy at the hospital was out of the hospital when the GNA got there and a man who pleaded anonymity at the pharmacy department told the GNA that only patients on admission were being attended to. However, pharmacy shops at the Metropolitan Hospital and Ewim Urban Health Centre in Cape Coast were operating with pharmacists seen attending to patients. None of their Heads of Pharmacies were available to talk to.

At the University of Cape Coast (UCC) Hospital, Mr Joseph Hayford, Head of Pharmacy, said its pharmacists were not part of GHOSPA and were therefore working. He explained that the hospital was a quasi-government institution and that its pharmacists were under the Ghana Association of University Administrators with different conditions of service and salary structures. He however threw his full support behind the GHOSPA and hoped that the Fair Wages and Salaries Commission (FWSC), the health sector management and other key stakeholders would meet their demands since they deserve better. GHOSPA carried out its threats to lay down its tools last Monday, because the FWSC had failed to migrate it members into the Single Spine Salary Structure. It claimed pharmacists in the public sector were the only healthcare professionals who had not been migrated to the SSSS.